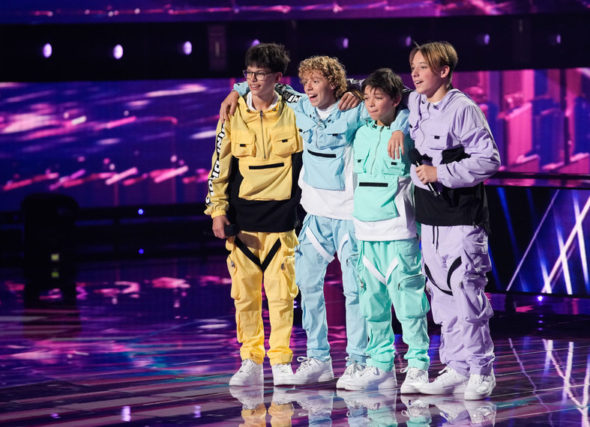 The show will feature 60 of the worldwide Got Talent franchise’s past winners, finalists, fan-favorite acts, and viral sensations as they compete for the title. Simon Cowell, Heidi Klum, and Howie Mandel will judge the acts, while Terry Crews will host.

Each week, 10 acts will perform for the judges for the chance to earn one of the coveted five Golden Buzzers and move on to the finals. The AGT Superfans will also vote on one additional act per episode to move on to the finals. Following the final performances, the superfans will vote again on the 11 finalists to choose the winner, which will be revealed in the two-hour finale.

What do you think? Do you usually watch America’s Got Talent during the summer months? Are you looking forward to this spin-off series?

Riana manager almost stop her from going on. Saying we push back the first movie because of Britain got talent. She only did it since it got shorten to a week. Now america got talent all star. Before the film date was decided. He said if it before the 2nd movie finish. She will not be allowed.

Chapel Hart should have been in All Stars. After all they got the group Golden Buzzer.

No Angelica Hale???? No Thanks.

I won’t be watching since it’s on Peacock. l’m not paying for another pay channel. This has to stop some where. So it’s stopping with me. Nothing against Peacock.

It is on NBC starting Jan 2 @ 8/7c. Just to Clarify you that Peacock is an free app & that all the nbc and other network shows with it are free too. So you can enjoy AGT when it starts on January 2. Have a Wonderful Day.

Someone told me the same thing, that Peacock was free. Went there to watch Chicago Med season 8 and had to pay. It seems like maybe old shows are free, but new or current shows are not free.

I’ve already seen them once. Won’t watch. Not a fan of the “all stars” shows.

It seems to be somewhat overkill. Nice to see some of the world contestants but sill no real compelling reason to see most these folks try to remain relevant after their careers didn’t make them superstars.