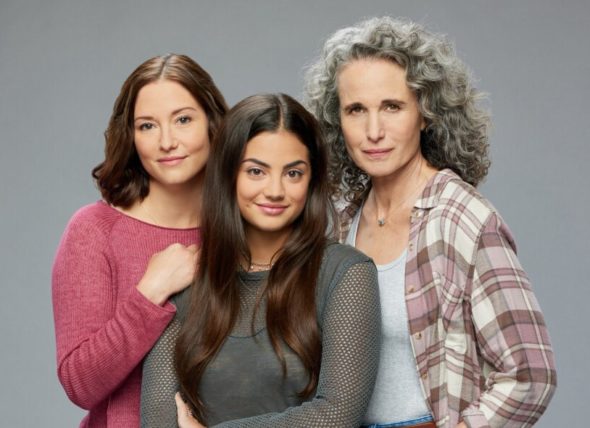 “‘The Way Home’ is a passion project and I am beyond happy to see this special series brought to life here at Hallmark, and so beautifully,” remarked Lisa Hamilton Daly, Executive Vice President, Programming, Hallmark Media.

“We know the compelling, heartfelt journey of the Landry women and the series will draw in viewers and is sure to become a new fan favorite,” said Laurie Ferneau, Senior Vice President, Development, Hallmark Media.

“The Way Home” is a family drama following the lives of three generations of women – Kat Landry (Leigh), her 15-year-old daughter Alice (Laflamme-Snow) and Kat’s mother Del (MacDowell), who are all strong, willful and independent. More than 20 years prior, lifechanging events prompted Kat to move away from her small, Canadian farm town of Port Haven and she remains estranged from Del to this day. Alice has never met her grandmother and is unaware of the reasons for their fractured family. With Kat’s marriage coming to an end and having just been laid off from her job, she decides to return home after receiving an unexpected letter from Del urging her to come back. Although Alice is none-too-thrilled, Kat and her daughter arrive at her family’s farm, though the reunion isn’t what Kat had envisioned. As the three generations of women slowly work on finding their footing as a family, they embark on an enlightening – and surprising – journey none of them could have imagined as they learn how to find their way back to each other.

What do you think? Do you enjoy Hallmark Channel scripted series? Are you looking forward to checking out this new show in January?

Looking forward to watching it.

Sign me up! Been waiting for another good one from this channel.