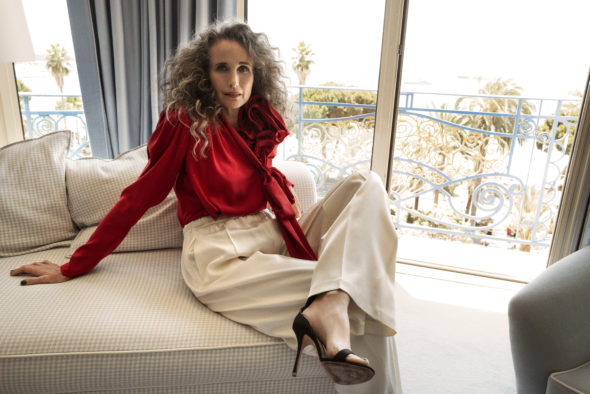 The Way Home has its matriarch. Andie MacDowell has been cast to star in the new Hallmark Channel multigenerational drama The Way Home. The series will arrive in 2023 and revolve around three generations of women in a small farm town in Canada.

Hallmark Channel revealed more about the upcoming series in a press release.

“Andie MacDowell (“Maid,” “Debbie Macomber’s Cedar Cove”) reunites with Hallmark Channel to star in “The Way Home,” the network’s new, original primetime series announced last month that was the first to be greenlit since 2016.

MacDowell plays Del, matriarch of the Landry family and a pillar of the close-knit community of her small, Canadian farm town. She and her daughter Kat have been estranged from each other following tragic events that left their family forever changed and prompted Kat to move away. When Kat unexpectedly returns many years later with her teenage daughter whom Del has never met, the three generations of women embark on an enlightening journey to find their way back to each other and learn important lessons about their family’s past.

“We’ve found our perfect Del Landry in Andie MacDowell,” began Lisa Hamilton Daly, Executive Vice President, Programming, Crown Media Family Networks. “It was crucial to cast someone with the ability to handle the nuances and depth of the role and we can’t wait to see her bring Del to life.”

“Our viewers loved Andie MacDowell when she starred in ‘Debbie Macomber’s Cedar Cove,’ our first original primetime series,” remarked Laurie Ferneau, Senior Vice President, Development, Crown Media Family Networks. “We couldn’t be happier to welcome her home to Hallmark Channel and we know our fans will fall in love with her all over again.”

Additional details and a 2023 premiere date for the drama will be set later.

What do you think? Are you planning to check out The Way Home on Hallmark Channel next year?

Cannot wait to watch it. I enjoyed watching Cedar Cove.

Yes I will be checking this series out!

Not my favorite actress. Wish they would have picked someone else.

Yes I will be watching for sure! 🙂

Yes I will definitely watch this new series..please Hallmark keep the family values you have had in the past. I see many of my favorites have left sadly. I know their reasons. Please be strong and keep to your own convictions of a healthy, spiritual and clean program. I love Andie and I think you could have a winner.. just respect the people and fans who brought you to the top.. keep the early Hallmark values and don’t give in to the present society trends. Keep Hallmark a family station or you will lose us all. Good luck, I can’t… Read more »