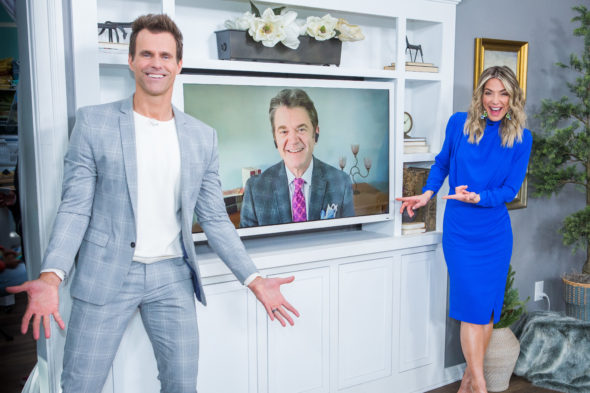 Home & Family is headed back into production. After its most recent production shutdown in December, the series will start filming new episodes on Monday, March 29th. Those new episodes will land on Hallmark Channel on April 5th. Debbie Matenopoulos and Cameron Mathison host the series which feature interviews, cooking and household tips, and more for its viewers.

A spokesperson for Crown Media Entertainment said that “this change tightens the show, allowing us to created more in-depth segments and interviews.”

What do you think? Are you a fan of Home & Family on Hallmark Channel? Will you watch the series in its new format?

I’m so disappointed that Home and Family will not be airing anymore. I enjoyed the fun projects and upbeat vibes that helped me overcome my down days. Please bring it back! Loved Ken’s mantel decorations and seasonal ideas. Cooking segments got me back into the kitchen and Shirley’s garden tips were the best. So sad to see my “friends” go.