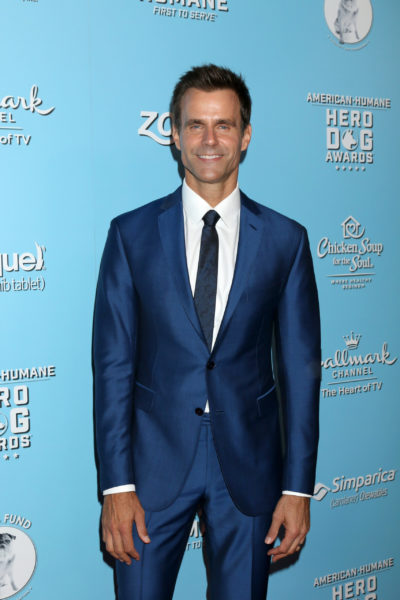 Home & Family is ending its run with this current ninth season on Hallmark, but co-host Cameron Mathison will remain on the small screen. He has been cast in a mystery role on General Hospital, which airs on ABC.

“I am absolutely thrilled to be part of the General Hospital family! I am incredibly grateful to Frank Valentini and the writers at GH for including me in such an iconic show. I feel like a kid at Christmas, as I’ll also be continuing making Hallmark movies and be part of that family as well. So so excited… thank you!” Mathison said of the new role, per The Wrap.

This is not the first time that Mathison has appeared on a soap opera. He was part of the All My Children cast between 1997 and 2011 as the Ryan Lavery character

The final episode of Home & Family will air on Hallmark Channel on August 4th. Mathison’s first appearance on the ABC soap was not revealed.

What do you think? Are you excited to see Mathison on General Hospital on ABC?

Adapted and over come…this is what alot of shows are doing because of this pandemic why can’t Hallmark do the same …we all understand what’s happening all over and I don’t think you get credit ratings during a pandemic that stick to any wall in a television stations business …please reconsider…. Hallmark is a very commoning network which we all need now

Good for him. I’m happy he landed on his feet. I never saw him on Home & Family because I quit watching it before he was ever on. I was not into Debbie.

It’s too bad that the WHOLESOMENESS of the Home & Family show cancelled going forward. Many people enjoy nutrition, consumer issues, crafting and up to date info concerning current issues. Once again Hallmark has missed the boat for their bottom line and sales of HALLMARK products.

Great as loved him on all my children and hallmark. Hope he is not paired with Sam.

I would them to see in some Hallmark movies. He is awesome