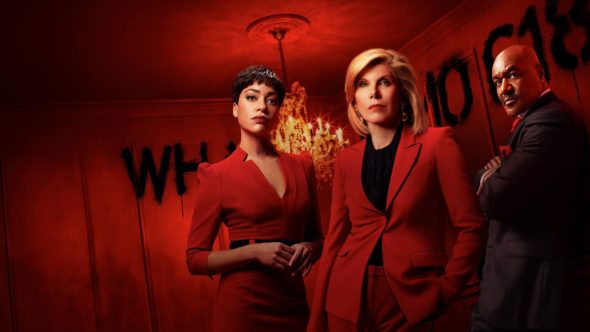 The Good Fight is getting ready for a brand new season on its new home, Paramount+, and two departed cast members are returning to give closure to their storylines. Cush Jumbo and Delroy Lindo (above, left and right) left the series last season.

Per Deadline, the pair were set to depart at the end of the fourth season, but the pandemic shut down production before three episodes could be filmed. Those episodes would have given the characters a proper send-off.

Jumbo and Lindo will now guest star in the season five premiere to wrap their story arcs. Robert and Michelle King, showrunners for the series, said the following about the pair returning to The Good Fight:

“We couldn’t be more grateful that Delroy and Cush will be returning in Season 5 to finish off their arcs. We adore the actors and their characters, and are delighted to give the audience a chance to say a proper goodbye.”

A premiere for The Good Fight season five on Paramount+ has not yet been set.

What do you think? Are you glad viewers will see proper closure for these characters on The Good Fight? Do you watch this series?

Sorry they are leaving!