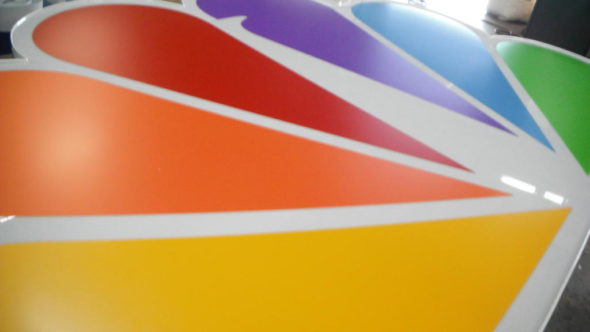 The peacock network is gearing up for summer and has announced premiere dates for four new and returning TV series — America’s Got Talent (season 17, May 31st), American Ninja Warrior (season 14, June 6th), Dancing with Myself (season one, May 31st), and Who Do You Think You Are? (season 11, July 10th).

The latter show aired for three seasons on NBC before being cancelled in 2012. It was revived by TLC in 2013 and ran on the cable channel until 2018. It was announced in 2019 that the show would be coming back to NBC but, the return was delayed by the pandemic.

Here’s more information from the network:

All-New Programming Kicks Off Week of May 31 with “America’s Got Talent” and New Series “Dancing with Myself” with Shakira, Nick Jonas and Liza Koshy

A New Season of “Who Do You Think You Are?” Returns to NBC Sunday, July 10 with Allison Janney, Zachary Levi, Nick Offerman, Billy Porter, Zachary Quinto and Bradley Whitford

“America’s Got Talent” and “Dancing with Myself” will launch NBC’s summer season with back-to-back premieres on May 31. “American Ninja Warrior” premieres June 6 and the anticipated return of Emmy Award-winning documentary series “Who Do You Think You Are?” premieres July 10. All programs will stream on Peacock the day following their NBC telecast.

“AMERICA’S GOT TALENT” (8-10 P.M. ET/PT) *SEASON PREMIERE*
The 17th season of “America’s Got Talent” returns with a new set of aspiring performers looking to compete for the ultimate $1 million prize. Executive producer Simon Cowell returns to the star-studded judging panel with global fashion icon Heidi Klum, fan-favorite comedian Howie Mandel and acclaimed actress and international superstar Sofia Vergara. The dynamic Terry Crews returns as host. This season promises to deliver some of the wildest acts to ever grace the “AGT” stage.

“DANCING WITH MYSELF” (10-11 P.M. ET/PT) *NEW SERIES*
NBC’s new primetime series “Dancing with Myself” is inspired by the millions tuning in to watch the latest dance crazes on social media. “Dancing with Myself” will see a group of everyday people compete each week in a series of high-energy dance challenges designed and demonstrated by the show’s celebrity creators Shakira, Nick Jonas, Liza Koshy and host Camille Kostek. Shakira, Liza, Nick and Camille will perform the new dance challenges created specifically for the show, which contestants will have to tackle. They will also enlist the talents of guest celebrities who will submit their own challenges. Isolated in their own pods, contestants have a short time to learn the new routines, add their unique flair and then perform their hearts out in front of a live studio audience. As each round of the competition progresses, the creators on the judging panel provide instant feedback and choose their favorites to advance, along with audience picks. Ultimately, however, it’s the studio audience that decides who is named the best dancer of the night and gets to take home the cash prize.

“AMERICAN NINJA WARRIOR” (8-10 P.M. ET/PT) *SEASON PREMIERE*
Season 14 of “American Ninja Warrior” returns with some of the most elite athletes in the country competing on the world’s most difficult obstacle courses. Hosts Matt Iseman, Akbar Gbajabiamila and Zuri Hall are back to call the early-round action in San Antonio and Los Angeles with the national finals in Las Vegas. The new season will mark the return of the lowered age requirement, which opens the door to a new era of competitors as young as 15 years old. Each season the obstacle courses continue to evolve and become even more challenging for competitors of all ages, while the sport itself simultaneously grows rapidly across the country with kids embracing it in record numbers. A top prize of $1 million will go to the winner that can conquer all four stages at the National Finals in Las Vegas. To get there, competitors will need to make it through the qualifying rounds and semifinals.

From executive producers Lisa Kudrow and Dan Bucatinsky, the series comes back at a time when ancestral and genealogical exploration is enjoying unprecedented popularity. Each week a different celebrity guest will go on a poignant search to trace their family tree with the help of genealogists, historians and experts, unlocking past mysteries and unbelievable real-life stories across the world and through time. Cutting-edge research tools and billions of digitized records from Ancestry(R), the global leader in family history and consumer genomics, will provide remarkable insights into the stars’ background and illustrate the cultural mosaic that connects us all together. This season features Allison Janney, Zachary Levi, Nick Offerman, Billy Porter, Zachary Quinto and Bradley Whitford.

What do you think? Are you looking forward to seeing these TV shows on NBC this summer?

wDYTYA is a terrific show for a reality tv show – its alway fascinating to see the almost real personalities of the ‘celebrities’ who participate in the journey. Its just a shame Ancestry.com doesn’t make it so accessible for average people to do the same investigations because of their ridiculous fees.

Looking forward to watching America’s Got Talent (with multiple acts instead of just extreme ones haha). It’s season 17 though right, not 14? Anyhow, thanks for posting this!

Correct. Thanks for spotting that.