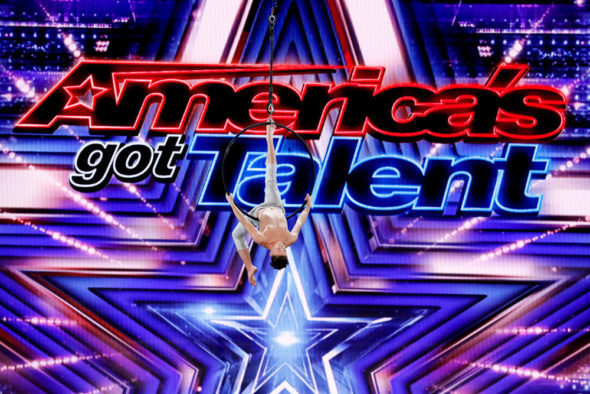 Warm up the Golden Buzzers for another round. NBC has renewed the America’s Got Tallent TV show for a 17th season and last chance auditions will be held in March.

Debuting in 2006, America’s Got Talent is a talent competition that features an impressive array of singers, dancers, comedians, contortionists, impressionists, magicians, ventriloquists, and hopeful stars. The winning act receives a $1 million prize and the chance to headline in the America’s Got Talent Live show in Las Vegas. In season 16, Terry Crews returns as host, and Howie Mandel, Simon Cowell, Heidi Klum, and Sofía Vergara are back at the judge’s table. This season promises some of the wildest acts to ever grace the AGT stage after an unprecedented number of submissions poured in from across the country.

Airing on Tuesday and Wednesday nights last summer, the 16th season of America’s Got Talent averaged a 0.81 rating in the 18-49 demographic and 6.60 million viewers. Compared to season 15, that’s down by 21% in the demo and down by 9% in viewership in the live+same day ratings (including DVR playback through 3:00 AM). As per usual, it was the peacock network’s highest-rated show of the summer and ranked well for NBC’s full 2020-21 season.

Virtual open auditions for season 17 kicked off in November and continued in December and January. The last chance to audition will be on March 5th. Go to AGTAuditions.com for details.

A post shared by America's Got Talent – AGT (@agt)

The show is expected to return for Summer 2022. In the meantime, the first season of the spin-off series America’s Got Talent: Extreme kicks off on February 21st.

What do you think? Do you look forward to watching America’s Got Talent each summer? Are you glad that it’s been renewed for season 17? Have you ever wanted to audition for this NBC series?

I really like AGT, but have no interest in AGT Extreme. I love the judges & Terry Crews. I only wish that maybe sometime they’d do shows that aren’t so varied in types of talents, i.e. how does one judge a singer vs. a comedian or gymnast or dancer. In my mind that’s almost impossible.

Looking forward to AGT but not interested in AGT Extreme

Yes! Bring it back. I don’t particularly like the “extreme” show.

I used to love this show but I can no longer or watch it as it has become way too woke for my tastes.

Love the show, but only for the serious contenders. Letting those goofy acts get on stage the first few episodes is a waste of time & most are cringe worthy rather than funny.