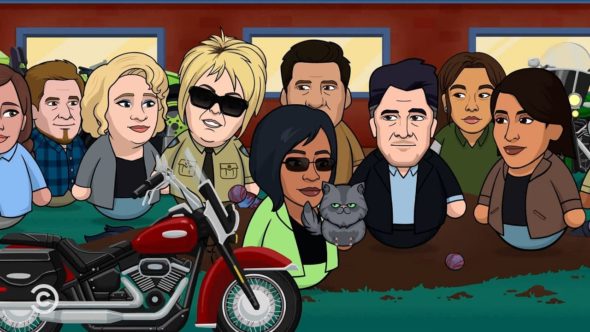 Comedy Central revealed more about the upcoming series in a press release.

Fairview, produced by CBS Studios, will be in partnership with the talented team of “Stephen Colbert Presents Tooning Out the News” (Paramount+), recently Emmy-nominated for Outstanding Short Form Comedy, Drama Or Variety Series and “Our Cartoon President” (Showtime).

Check out the preview for Fairview below. The series arrives on February 9th.

What do you think? Are you planning to check out Fairview on Comedy Central next week?

I just don’t get it. Why did you make the cartoon characters with no legs or hands.

I’m watching it right now. I can’t decide to turn it off or see how much worse it gets out of curiosity

I can’t believe you canceled Tosh for this stupid thing. I definitely won’t be watching

I love South Park, but this looks stupid. Won’t waste my time.