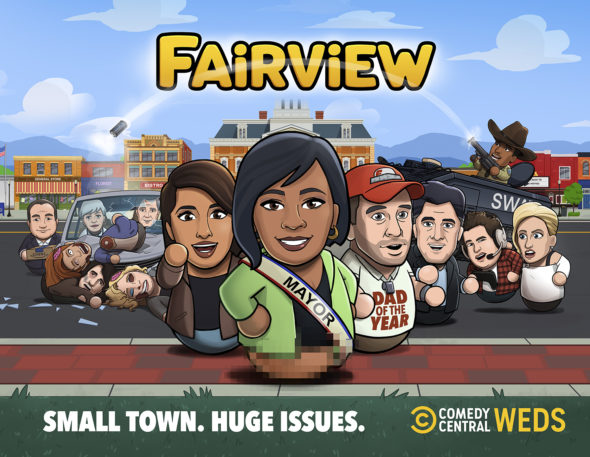 In this comedy, the outspoken and ill-behaved citizens of a small community called Fairview unintentionally learn important life lessons as they navigate complex social issues with their unique brand of small-town American ingenuity and stubbornness.

What do you think? Do you like the Fairview TV show? Do you think it should be cancelled or renewed for another season?

ABSOLUTE GARBAGE. Almost as bad as “Da God Honest truth” with that one guy who calls himself a GOD who was arrested in 2001 for a charge of criminal sexual conduct with a minor in the second degree.. Good Job Comedy Central .