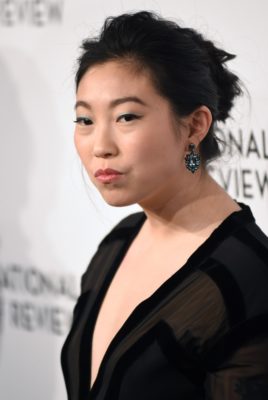 It’s official! Comedy Central just announced the title for their upcoming Awkwafina TV show will be Awkwafina is Nora from Queens.

Awkwafina is Nora from Queens is set to debut on Comedy Central in January 2020.

Starring one of the hottest names in Hollywood, Awkwafina is Nora From Queens is a half-hour scripted comedy loosely based on Awkwafina’s (Nora Lum) real life growing up in Flushing. Raised by her Dad (BD Wong) and Grandma (Lori Tan Chinn) alongside her cousin (Bowen Yang), Nora leans on her family as she navigates life and young adulthood in outer borough-NYC.

Awkwafina is Nora From Queens is executive produced by Nora Lum, Karey Dornetto, Lucia Aniello, Teresa Hsiao, Peter Principato and Itay Reiss of Artists First. Sarah Babineau and Rachel Olson are the Executives in Charge of Production for Comedy Central. For the latest updates and content, follow the show on Instagram @NoraFromQueens.”

What do you think? Are you a fan of Awkwafina? Will you watch her new series?

Love this show! Waiting for the second season to start. Nora is very funny and she and all of the cast in the show are fantastic! Peace, Marc