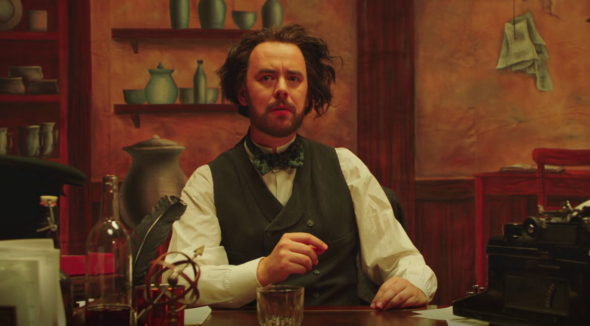 Additionally, The President Show will air a one-hour Christmas special on November 30th at 10 p.m. ET/PT called “I Came Up with Christmas: A President Show Christmas.” And to round out 2017, The Daily Show with Trevor Noah debuts its year-end recap, “The Daily Show’s The Yearly Show 2017,” on December 18th at 11 p.m. ET/PT.

Watch a preview and read more details from Comedy Central below:

NEW YORK, November 2, 2017 — Comedy Central has broken into the eggnog and is spreading the holiday cheer with all-new specials from The Daily Show with Trevor Noah, Drunk History and The President Show.

The Daily Show’s The Yearly Show 2017 year-end special will be hosted by Trevor Noah and will feature The Best F#@king News Team. Taping at the Gramercy Theater in New York City on Sunday, December 3, the brand-new one-hour special will feature all original content. The Daily Show’s The Yearly Show 2017 premieres on Monday, December 18 at 11:00 p.m. ET/PT on Comedy Central.

I Came Up with Christmas: A President Show Christmas will feature The 45th and final President of the United States (played by The President Show creator Anthony Atamanuik) alongside the Vice President (played by Peter Grosz) as they celebrate the holiday with a cavalcade of friends old and new in a night of comedy, music, jingle bells, and dog whistles as they try to make this the whitest Christmas ever. The hour-long holiday special debuts Thursday, November 30 at 10:00 p.m. ET/PT.

What do you think? Do you watch Comedy Central? Which specials are you looking forward to this holiday season?

American TV is weird. In the UK we put Xmas specials on, you know, at Xmas.