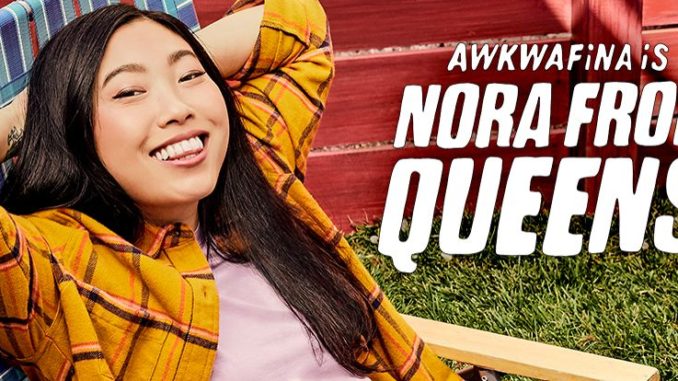 Awkwafina is Nora from Queens hasn’t even premiered yet, and the series is already set for another season. Comedy Central renewed the series ahead of its series premiere on January 22. The series stars Awkwafina, and it is based on her life.

Comedy Central revealed more about the series and its renewal in a press release. Check that out below.

“Golden Globe winner Awkwafina (The Farewell, Crazy Rich Asians) stars in the half-hour scripted comedy inspired by her real-life growing up in Queens, NY. Raised by her Dad (BD Wong) and Grandma (Lori Tan Chinn) alongside her cousin (Bowen Yang), Nora Lin leans on her family as she navigates life and young adulthood in outer borough-NYC. Watch the season one trailer here.

“We are in awe of Awkwafina’s creative genius on every level and we could not be more excited to embark on a season 2 with the entire Lin family in Awkwafina is Nora From Queens,” said Sarah Babineau and Jonas Larsen, Co-Heads of Original Content.

Awkwafina is Nora From Queens is executive produced by Nora Lum, Karey Dornetto, Lucia Aniello, Teresa Hsiao, Peter Principato and Itay Reiss of Artists First. Sarah Babineau and Rachel Olson are the Executives in Charge of Production for Comedy Central.”

Check out a preview for the new comedy series below.

What do you think? Do you plan to watch Awkwafina is Nora from Queens when it premieres next week?

Great show Comedy Central! ‘Nora from Queens’ is fantastic! Renew this show for years! Every character in the show is wonderful! We love Nora~Awkwafina and everyone in the show and Grandma is hysterical! Thank you for a New refreshing and funny show! Thank you Comedy Central for this new show and thank you Awkwafina for your inspiration and your amazing talent and mind! ~ Peace, Marc