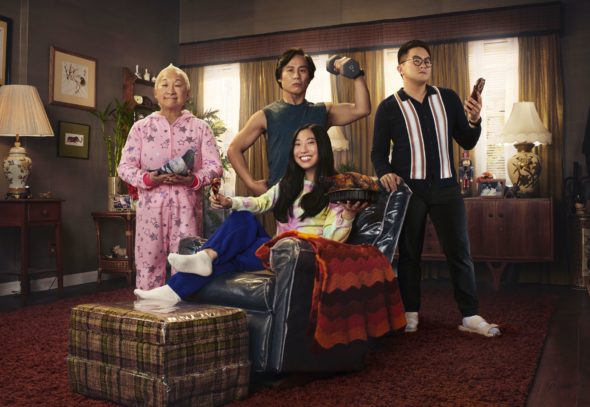 TV show description:
A scripted comedy series, the Awkwafina Is Nora from Queens TV show was created by Awkwafina and Teresa Hsiao.

The story is loosely based on the real life of actress and comedian Nora Lum, known professionally as Awkwafina. Raised by her father Wally (Wong) and Grandma (Chinn) alongside her cousin, Edmund (Yang), Nora leans on her family as she navigates life and young adulthood in the Flushing neighborhood of Queens in New York City.

What do you think? Do you like the Awkwafina Is Nora from Queens TV show? Do you think it should be cancelled or renewed for another season?