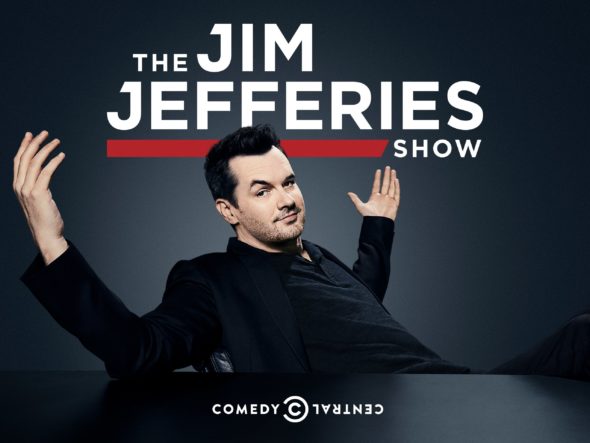 Get ready to say good-bye to The Jim Jeffries Show. Comedy Central is ending the series at the end of its third season. The final episode of the series airs later this month. The weekly series has Jeffries sharing his unique views on politics and the world with his viewers.

A spokesperson for Comedy Central said the following about ending the series, per Deadline:

“The Jim Jefferies Show will air its final episode on November 19, concluding a brilliant three-year run on Comedy Central. We thank Jim and the team for bringing us a unique and international approach to culture and politics. We look forward to developing more projects with Jim in the future.”

This will likely not be the last time television viewers see Jim Jeffries on the small screen. NBC is developing a comedy with Jim Jeffrey as the lead. That series is coming from Suzanne Martin, Sean Hayes and Todd Milliner’s Hazy Mills and Universal TV. Jeffries will write the new series with Martin.

The sitcom “stars Jefferies as a fictionalized version of himself, offering his unique take on modern life and the complexity of relationships.”

What do you think? Are you sad to see the end of The Jim Jeffries Show? Would you watch his new comedy series if it makes it to air on NBC?

So all we have left is Tosh.O (ugh) and South Park…hooray.

I am so sad that his show has ended. He seems like a wonderful man with a social conscience not afraid to say what he thinks about the cruelty, greed and stupidity in the world. The segment he did on his last show highlighting shark-finning was profoundly sad and infuriating, but he was always bringing attention to things we need to be thinking about. I hope to see him back soon. I send him my warmest regards and thank him for speaking out.

For everyone saying comedy central should not get rid of it.

This is not their fault.

He jumped ship and went to a competitor. This came as a shock to them. They have no choice but to get rid of the show. He forced them to do it.

When this new show of his crashes and burns and it will I bet you he will go crawling back to CC and begging them to take him back.

Great show, sad to hear that it is not going to be back

Very sad to read Jim’s show is ending. It has combined thought provoking commentary with humor in a unique way. I love his trademark admonishment we can all do better, which is so true. I wish Jim all the best and will watch for his return to tv.

Not to discount the belly aching laughs or thought provoking pieces; what I will miss most Jim’s humbling reminder that ‘we can all do bettah.’

We need more of Jim’s perspective on cultural & social matters; besides… he is cleverly & hysterical!

While my 1st impulse is to excoriate Comedy Central, no explanation for the show’s cancellation has been released. Perhaps NBC made him an offer he couldn’t refuse. If that’s the case – Good for you!!! I meanwhile can’t help but worry for the rest of us who were so brilliantly entertained & informed.

I love this show but will watch him anywhere

I can’t believe this show is ended!!! Damn!! I am so disappointed!!!!!
What a great show, and a brilliant comedian. Just …….damn!! Why?
It was my favorite show on on Comedy Central. Why cancel it? This sucks!