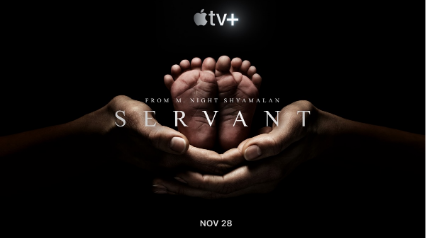 Servant is a new series premiering soon on Apple TV+, which recently launched. Servant premieres on the streaming service on November 28. A new trailer for the series has just arrived. Tony Basgallop serves as creator and writer for the new thriller.

Apple TV+ revealed more about the new series in a press release. Check that out below.

Apple’s Servant will premiere November 28 exclusively on Apple TV+, a new home for the world’s most creative storytellers. The half hour psychological thriller follows a Philadelphia couple in mourning after an unspeakable tragedy creates a rift in their marriage and opens the door for a mysterious force to enter their home.

Check out the trailer for Servant below.

What do you think? Will you check out Servant on Apple TV+ later this month?