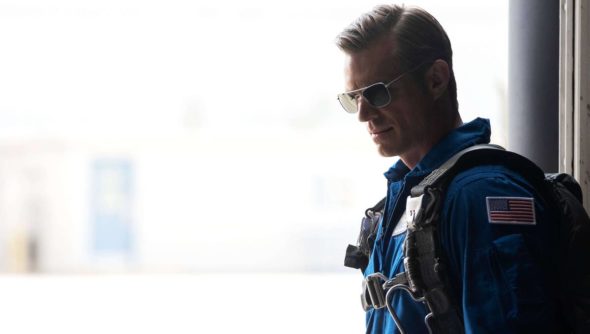 For All Mankind is premiering its second season next month on Apple TV+, and the streaming service has now released a trailer. Joel Kinnaman, Michael Dorman, Sarah Jones, Shantel VanSanten, Wrenn Schmidt, Jodi Balfour, Krys Marshall, and Sonya Walger star in this drama that shows a very different history.

For season two, the action will have moved forward a decade to the early 1980s, and it is the height of the Cold War. The space race is still happening but is unfolding very differently since, in this series, Russia made it to the moon first.

Apple TV+ revealed more about the new season of For All Mankind in a press release.

“Apple TV+ today released the official trailer for the sophomore season of For All Mankind, the critically acclaimed drama series from Golden Globe nominee and Emmy Award-winner Ronald D. Moore. The first episode of the ten-episode second season will debut globally on Friday, February 19, 2021, followed by one new episode weekly, every Friday, exclusively on Apple TV+.

For All Mankind explores what would have happened if the global space race had never ended. The series presents an aspirational world where NASA astronauts, engineers and their families find themselves in the center of extraordinary events seen through the prism of an alternate history timeline — a world in which the USSR beats the US to the moon.

Season two of the space drama picks up a decade later in 1983. It’s the height of the Cold War and tensions between the United States and the USSR are at their peak. Ronald Reagan is President and the greater ambitions of science and space exploration are at threat of being squandered as the US and Soviets go head to head to control sites rich in resources on the moon. The Department of Defense has moved into Mission Control, and the militarization of NASA becomes central to several characters’ stories: some fight it, some use it as an opportunity to advance their own interests, and some find themselves at the height of a conflict that may lead to nuclear war. New stars set to join Joel Kinnaman, Michael Dorman, Sarah Jones, Shantel VanSanten, Wrenn Schmidt, Jodi Balfour, Krys Marshall and Sonya Walger in the second season include Cynthy Wu, Coral Peña and Casey W. Johnson.

Check out a trailer for season two of For All Mankind below.

What do you think? Are you excited for the return of For All Mankind on Apple TV+?