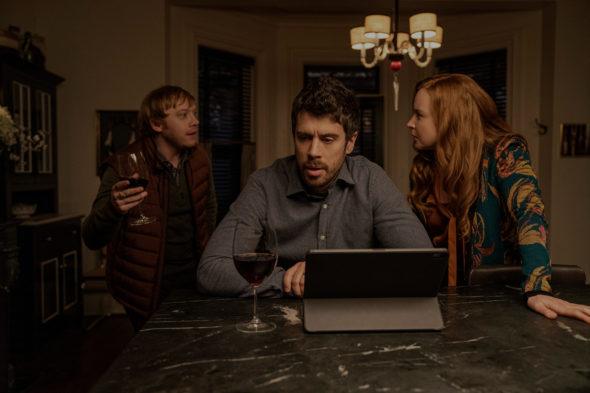 How much darker will things get in the second season of the Servant TV show on Apple TV+? As we all know, the Nielsen ratings typically play a big role in determining whether a TV show like Servant is cancelled or renewed for season three. Apple TV+ and other streaming platforms, however, collect their own data. If you’ve been watching this TV series, we’d love to know how you feel about the second season episodes of Servant here.

An Apple TV+ psychological horror series, Servant stars Lauren Ambrose, Toby Kebbell, Nell Tiger Free, and Rupert Grint. The show follows Philadelphia couple Sean and Dorothy Turner (Kebbell and Ambrose) as they hire Leanne (Free), a young live-in nanny. The couple is in mourning after an unspeakable tragedy creates a rift in their marriage. It also opens the door for a mysterious force to enter their home. In the wake of the first season’s finale, the second season takes a supernatural turn with a darker future for all lying ahead as Leanne returns to the brownstone and her true nature is revealed.

What do you think? Which season two episodes of the Servant TV series do you rate as wonderful, terrible, or somewhere between? Are you glad that Servant on Apple TV+ has been renewed for a third season? Don’t forget to vote, and share your thoughts, below.