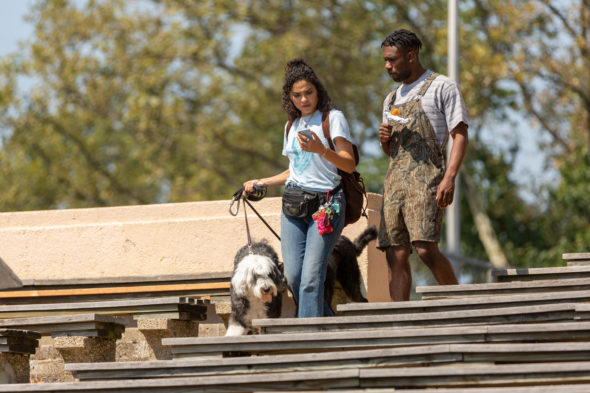 Is the first season of the Little Voice TV show on Apple TV+ music to your ears? As we all know, the Nielsen ratings typically play a big role in determining whether a TV show like Little Voice is cancelled or renewed for season two. Apple TV+ and other streaming platforms, however, collect their own data. If you’ve been watching this TV series, we’d love to know how you feel about the first season episodes of Little Voice here.  *Status Update Below.

An Apple TV+ romantic comedy-drama series, the Little Voice TV show stars Brittany O’Grady, Sean Teale, Colton Ryan, Shalini Bathina, Kevin Valdez, and Phillip Johnson Richardson. It is a coming-of-age story set in the diverse musicality of New York. The show explores the universal journey of finding your authentic voice in your early 20s — and the courage to use it. Bess Alice King (O’Grady) is a uniquely talented performer who struggles to fulfill her dreams while handling rejection, dating drama, and family issues.

What do you think? Which season one episodes of the Little Voice TV series do you rate as wonderful, terrible, or somewhere between? Do you think that Little Voice on Apple TV+ should be cancelled or renewed for a second season? Don’t forget to vote, and share your thoughts, below.