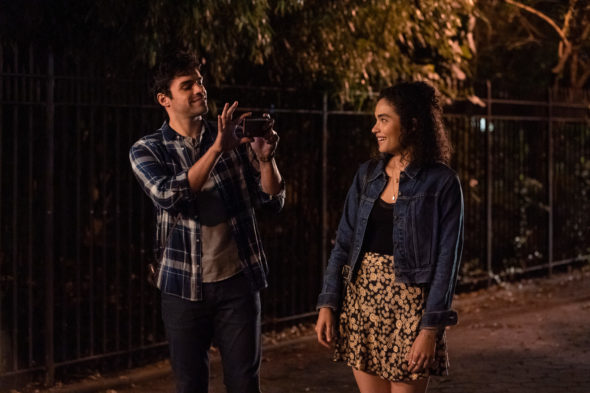 If you’ve enjoyed the Little Voice TV show, this news won’t be music to your ears. The Apple TV+ subscription service has cancelled the romantic comedy-drama series so there won’t be a second season.

The Little Voice TV show stars Brittany O’Grady, Sean Teale, Colton Ryan, Shalini Bathina, Kevin Valdez, and Phillip Johnson Richardson. It is a coming-of-age story set in the diverse musicality of New York. The show explores the universal journey of finding your authentic voice in your early 20s — and the courage to use it. Bess Alice King (O’Grady) is a uniquely talented performer who struggles to fulfill her dreams while handling rejection, dating drama, and family issues.

The show debuted 13 months ago, in July 2020, and ran for nine episodes. Word is that Little Voice did have a devoted audience but it was smaller than other half-hours Apple shows that have since been renewed.

THR reported the cancellation as part of a larger article about one of the show’s producers, Bad Robot Productions.

What do you think? Have you watched the Little Voice TV show? Are you sorry to hear that it’s not returning for season two?

This is crazy! Little Voice was an incredible show! The cast has such talent (especially the musical chemistry between Brittany and Colton), and the writing was wonderful! It was a true love letter to New York City — lovely music and sweet relationships between characters you could really root for and love. Louie was an amazing character, and I loved his musical theatre expertise! There were a lot of heartwarming moments, like Bess performing “Moon River” in the nursing home and the power of music to help people remember and connect with each other. Prisha and Benny were also wonderful… Read more »

I completely agree with you Natalie. Most NYC shows are crime dramas. Or shows about celebrities. This show was about you and I. A girl that has a gift. And tried to pursue that gift. But she had a past that was holding her back. But much like the song by Sara Bareilles called brave, she continue to move forward. And now that the show is canceled we will have no idea the outcome. And that makes me sad. I am hoping Apple will choose to be brave,

I am really sad to hear this. I was truly eagerly await its return. I’m a real fan of the show – during Covid it was a nice break from the day to day life we have been living. It was lighthearted, sweet and had great music (thanks Sara Barreillis). What a shame when we are bombarded with nonsense reality shows all over the place – shows like this just don’t stand a chance. I’d love for it to get picked up by another network or streaming service.

Loved it! Beautifully scripted, wonderful story telling and music! Shame on Apple but hope another network might pick it up? Only one of 3 things worth watching on Apple TV so not really surprised.

No! I love that show. What a shame. It is a great show.

What a shame, really liked that show!

what a pity, really liked that show 🙁

The way she’d talk to the audience between songs like a star and not a bar singing nobody was annoying.