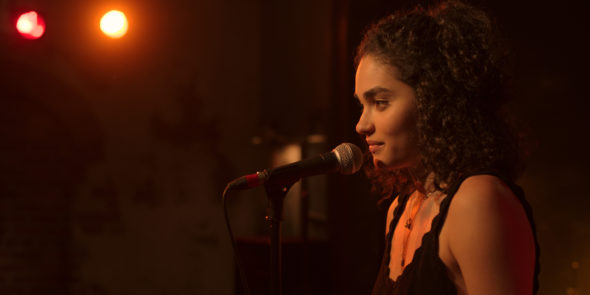 TV show description:
A romantic comedy-drama series, the Little Voice TV show is a coming-of-age story set in the diverse musicality of New York. The show explores the universal journey of finding your authentic voice in your early 20s — and the courage to use it.

Bess Alice King (O’Grady) is a uniquely talented performer who struggles to fulfill her dreams while handling rejection, dating drama, and family issues.

Series Finale:
Episode #9 — Sing What I Can’t Say
A secret is revealed about Bess’ past—and she faces her fears.
First aired: August 21, 2020.

What do you think? Do you like the Little Voice TV show? Do you think it should have been cancelled or renewed for a second season?

If this doesn’t get renewed, I’ll be heartbroken. I loved the music, the diverse cast and the storylines.

I think this show should be renewed. It’s very sweet, and the characters, especially Bess, are very well presented.