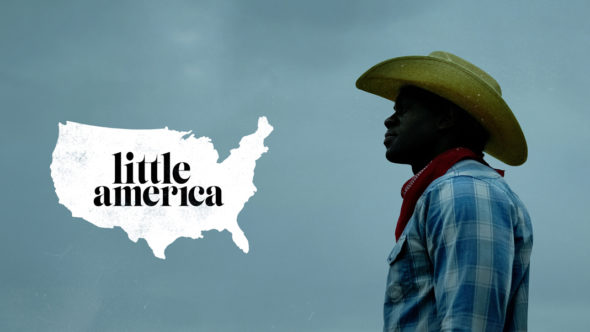 TV show description:
A single-camera comedy anthology series, Little America is based on true stories that are featured in Epic Magazine.

The show goes beyond the headlines to bring to life the funny, romantic, heartfelt, and surprising stories of immigrants in America.

What do you think? Do you like the Little America TV show? Do you think it should be cancelled or renewed for another season?