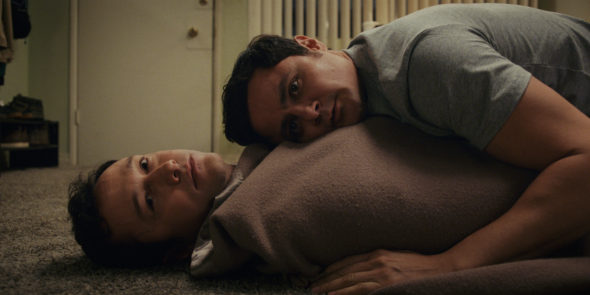 Can Josh find new inspiration in the first season of the Mr. Corman TV series on Apple TV+? As we all know, the Nielsen ratings typically play a big role in determining whether a TV show like Mr. Corman is cancelled or renewed for season two. Apple TV+ and other streaming platforms, however, collect their own data. If you’ve been watching this TV series, we’d love to know how you feel about the first season episodes of Mr. Corman here. *Status update below.

An Apple TV+ comedy-drama series, the Mr. Corman TV show was created, written, and directed by its star, Joseph Gordon-Levitt. The rest of the cast includes Arturo Castro, Debra Winger, Bobby Hall a.k.a. Logic, Alexander Jo, Juno Temple, Jamie Chung, Shannon Woodward, and Hector Hernandez. The story follows the days and nights of Josh Corman (Gordon-Levitt), an artist at heart but not by trade. A career in music hasn’t panned out for him so, he teaches fifth grade at a public school in the San Fernando Valley. Josh’s ex-fiancé, Megan (Temple), has moved out and his high school buddy, Victor (Castro), has moved in. Josh knows he has a lot to be thankful for but he finds himself struggling nevertheless through anxiety, loneliness, and a sinking suspicion that he sucks as a person.

What do you think? Which season one episodes of the Mr. Corman TV series do you rate as wonderful, terrible, or somewhere between? Do you think that Mr. Corman on Apple TV+ should be cancelled or renewed for a second season? Don’t forget to vote, and share your thoughts, below.