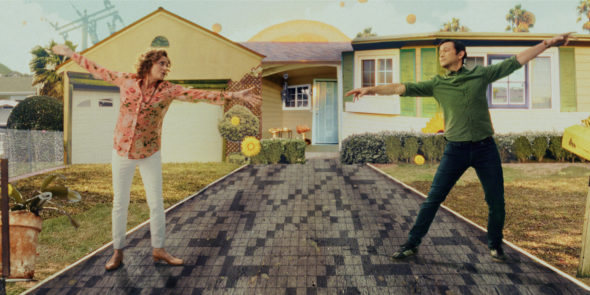 Can Josh find happiness? Has the Mr. Corman TV show been cancelled or renewed for a second season on Apple TV+? The television vulture is watching all the latest cancellation and renewal news, so this page is the place to track the status of Mr. Corman, season two. Bookmark it, or subscribe for the latest updates. Remember, the television vulture is watching your shows. Are you?

Streaming on the Apple TV+ subscription service, the Mr. Corman TV show was created, written, and directed by its star, Joseph Gordon-Levitt. The rest of the cast includes Arturo Castro, Debra Winger, Bobby Hall a.k.a. Logic, Alexander Jo, Juno Temple, Jamie Chung, Shannon Woodward, and Hector Hernandez. The story follows the days and nights of Josh Corman (Gordon-Levitt), an artist at heart but not by trade. A career in music hasn’t panned out for him so, he teaches fifth grade at a public school in the San Fernando Valley. Josh’s ex-fiancé, Megan (Temple), has moved out and his high school buddy, Victor (Castro), has moved in. Josh knows he has a lot to be thankful for but he finds himself struggling nevertheless through anxiety, loneliness, and a sinking suspicion that he sucks as a person.

Unless they decide to publicize viewership, it is difficult to predict whether Apple TV+ will cancel or renew Mr. Corman for season two. This feels like a close-ended mini-series though Apple TV+ hasn’t indicated that. I’m sure that Apple would like to stay in business with Gordon-Levitt but it will likely come down to viewership vs costs. I’ll keep my ears open and an eye out for news, and will update this page with breaking developments. Subscribe for free alerts on Mr. Corman cancellation or renewal news.

What do you think?  Were you hoping that the Mr. Corman TV show would be renewed for a second season or, is one season enough for this Apple TV+ series?

Apple should have spent a little air time promoting Mr Corman. I don’t subscribe to Apple TV every month because the library is so limited. I subscribed again in March, 2022 and enjoyed Mr Corman. If Apple had more quality shows like Corman instead of crap like See (who is buying that ****** premise?). Perhaps I would subscribe more than 2 months a year.