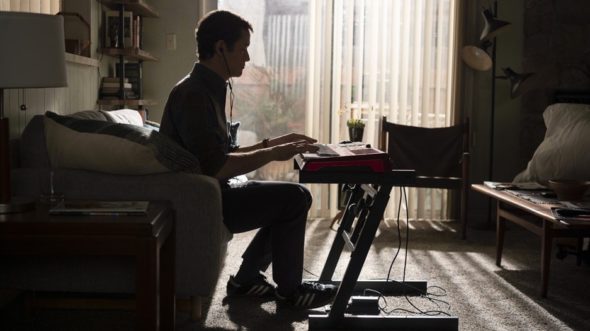 Mr. Corman, a new Apple TV+ series from Joseph Gordon-Levitt, has its premiere date. The actor created, directs, and stars in the new comedy series that follows the life of a school teacher who did not succeed in following his music dreams.

Apple TV+ revealed more about the new comedy series in a press release.

“Mr. Corman, the highly anticipated 10-episode Apple Original comedy series created by, directed by and starring Emmy and SAG Award winner Joseph Gordon-Levitt, who also executive produces, is set to premiere globally on Friday, Aug. 6, 2021 on Apple TV+. The series will debut with the first three episodes, followed by one new episode weekly, every Friday.

Mr. Corman follows the days and nights of Josh Corman, played by Gordon-Levitt, an artist at heart but not by trade. A career in music hasn’t panned out, and he teaches fifth grade at a public school in the San Fernando Valley. His ex-fiancé Megan has moved out and his high school buddy Victor has moved in. He knows he has a lot to be thankful for, but finds himself struggling nevertheless through anxiety, loneliness and a sinking suspicion that he sucks as a person. Darkly funny, oddly beautiful and deeply heartfelt, this relatable dramedy speaks for our contemporary generation of 30-somethings – rich with good intentions, poor with student loans and yearning to become real grown-ups sometime before they die.

The series marks a return to TV for Gordon-Levitt, who grew up on the small screen with roles on multiple series, most notably his co-starring turn on the long-running NBC comedy “3rd Rock from the Sun.”

Produced for Apple TV+ by A24, Mr. Corman is created by, directed by and executive produced by Joseph Gordon Levitt along with Bruce Eric Kaplan, Ravi Nandan and Inman Young. Pamela Harvey-White serves as producer.

What do you think? Do you plan to watch Mr. Corman when it premieres in August on Apple TV+?