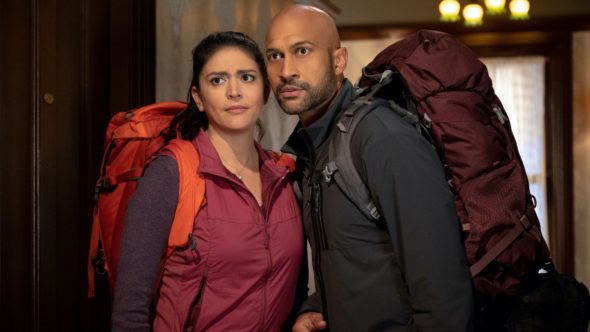 Schmidgadoon! is coming soon to Apple TV+. The new musical comedy will star Cecily Strong and Keegan-Michael Key as a backpacking couple who discover a town where people are living as if they are living in a 1940s musical.

Hailing from Broadway Video and Universal Television, a division of Universal Studio Group, Schmigadoon! is co-created by Cinco Paul and Ken Daurio. Cinco Paul serves as showrunner, and wrote all of the original music for the series. Barry Sonnenfeld directs and executive produces. In addition to starring, Cecily Strong serves as producer, and Ken Daurio serves as consulting producer and writer. Andrew Singer executive produces with Lorne Michaels on behalf of Broadway Video.

A premiere date for the new series has not been set.

What do you think? Are you planning to check out the Schmigadoon! TV series on Apple TV+ when it premieres?