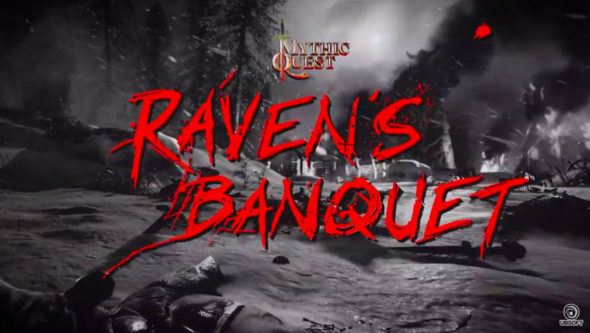 Get ready to dive into the comedic world of video games. Mythic Quest: Raven’s Banquet is coming soon to Apple TV+. The live-action comedy series is coming from the minds behind It’s Always Sunny in Philadelphia.

Apple TV+ revealed more about the series in a press release. Check that out below.

“Apple today announced that the highly anticipated comedy series, Mythic Quest: Raven’s Banquet from Rob McElhenney and Charlie Day (It’s Always Sunny in Philadelphia) will debut globally on Friday, February 7, exclusively on Apple TV+. All nine, half-hour episodes of the live-action comedy, co-created by McElhenney and Megan Ganz, will be available on Apple TV+ the day of premiere. The series is produced by Lionsgate, 3 Arts Entertainment and Ubisoft.

What do you think? Do you plan to check out Mystic Quest: Raven’s Banquet when it arrives?

Yes I will definitely watch it. Those guys are Comedy genius’s.