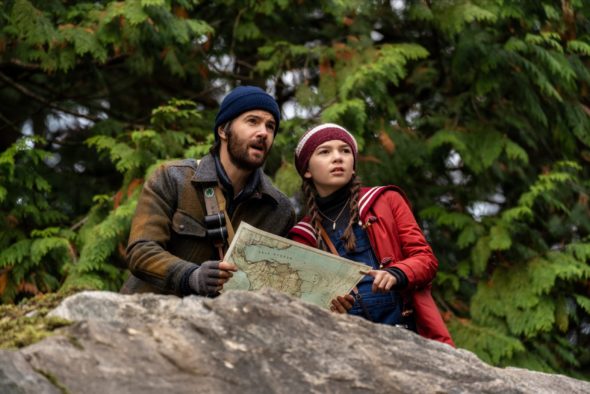 Apple TV+ has set a season two premiere date for Home Before Dark. The series will return with 10 episodes this summer. Brooklynn Prince and Jim Sturgess star in the mystery series. Season two follows young Hilde Lisko (Prince) as she investigates a new mystery involving a strange explosion at a farm.

Apple TV+ revealed more about the second season of Home Before Dark in a press release:

“Apple today unveiled a first look at the highly anticipated second season of Home Before Dark, which will make its global debut on Friday, June 11 on Apple TV+. The ten episode second season of the dramatic mystery series – which stars Brooklynn Prince and Jim Sturgess and is inspired by real-life young investigative journalist Hilde Lysiak – will debut with the first episode, followed by one new episode weekly, every Friday.

In season two, when a mysterious explosion hits a local farm, reporter Hilde Lisko (Prince) begins an investigation that will lead her to fight a powerful and influential corporation – with the health of her family and Erie Harbor in the balance.

A fan favorite since premiering on Apple TV+ in April 2020, Home Before Dark has generated strong critical acclaim, with press calling the series “captivating entertainment that never backs away from important issues,” and lauding Prince’s performance as Hilde as “simply astonishing… [she] gives it her all and it is a mighty thing.”

Home Before Dark is produced by Paramount Television Studios and Anonymous Content.

What do you think? Did you watch the first season of the Home Before Dark TV series on Apple TV+? Will you watch the second season this summer?