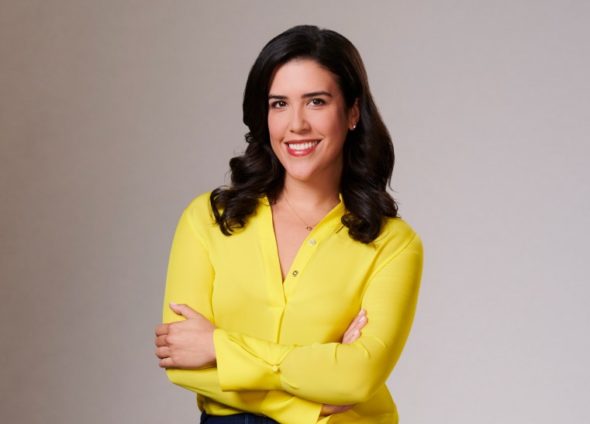 A continuation of Kim’s Convenience is on the way. CBC has ordered a spin-off of the comedy series titled Strays.  The new comedy will follow Kim’s Shannon Ross (Nicole Power) as she embarks on a new career in Hamilton, Ontario.

CBC has also ordered Run the Burbs, a new sitcom about a bold Canadian family living their lives to the fullest in the suburbs. It’s been created by comedian, writer, and actor Andrew Phung who played Kimchee on Kim’s Convenience.

Both shows will debut on CBC as part of the 2021-22 television season. It’s unclear if either Canadian show will be released in the United States. Netflix has aired four seasons of Kim’s Convenience and has not yet revealed a launch date for season five. It was recently revealed that the family comedy was ending with season five after initially being renewed through season six. Season five has already aired in Canada.

CBC revealed more about the new shows in a press release.

Created by comedian, writer and actor Andrew Phung and his best friend and collaborator, filmmaker Scott Townend (The Secret Marathon), RUN THE BURBS is a new original comedy about a young, bold Canadian family taking a different approach to living life to the fullest in the suburbs, featuring Phung as a stay-at-home dad with an entrepreneur wife and two kids. The series has been in development since May 2020 and is produced by Pier 21 Films, with additional details to be announced later this spring.

“As our comedy slate continues to evolve, we are thrilled to continue working with Andrew and Nicole and offer audiences two new comedies to look forward to starring these incredible talents they have come to know and love,” said Sally Catto, General Manager, Entertainment, Factual and Sports, CBC. “Both of these series were planned to join Kim’s Convenience on our comedy lineup this upcoming year, to reflect how many young Canadians are forging new lives outside of urban centres in Canada. We look forward to watching Andrew and Nicole as they explore these new stories.”

What do you think? Do you hope that either of these new shows will air in the United States?

So sad when Kim’s Convenience was over…we loved everyone!!!
Ok, see you…

Everyone should Boycott this show until they show the cast some respect and green! Nicole’s character is only funny because the rest of the cast make her funny! No more White Girl Shows, Friends was enough, this is a new era!

Nicole Power is the reason I watch Kim’s. The entire cast is made up of fine actors, but Powers is a true comedienne, with perfect timing and an expressive face. I will watch anything with her in it. Hope Netflix carries her new show in the USA.

I don’t understand why the CBC cancels the best Canadian sitcom ever. This show is export material. It is funny as heck and brings Asian Canadians to the forefront in a positive way. My whole family were quite upset with the news. Boooooo CBC !!

This is awful. Let’s replace a show about an Asian family with the story of annoying white girl in a new city (I know the other Asian dude got a show too but they obviously put more money and support behind this one). White girl stories should be told too don’t get me wrong. Just not like this.

So disappointed that Kim’s Convenience has been canceled…..why why???? And as far as Shannon goes, it doesn’t seem like the best choice. Other characters had more interesting storyline and her character depended heavily on them. So confusing…Janet and Appa are the best.

Yes i am to. I thought that the network was supposed to dictate whats cancelled and renewed, not the directors or writers that work for them. CBC, you should find other people to run the show and keep it on the air. Unbelieveable.

I think I will probably boycott both of the new shows just because I am so disappointed that Kim’s Convenience was canceled.

Love Kim’s so much more could be done. Characters are great. Sad to see it go. Want last season on Netflix

Shannon was my least favorite character on the show! How did she end up with a spin off?? Her character was so annoying at times, she was difficult to watch.
Kimchi and Jun would have made a great spin off!

Why would they choose the least interesting character in the show for a spin-off? Janet would have been 1000 times a better choice.

I LOVE Kim’s convenience and had turned many friends and family members onto it. I think following Shannon will be great-can’t wait. Hope Netflix picks them up

Shannon wasnt great, she wasnt even good. Shannon was annoying and honestly not believable in any way. How she got a spin off show is beyond me