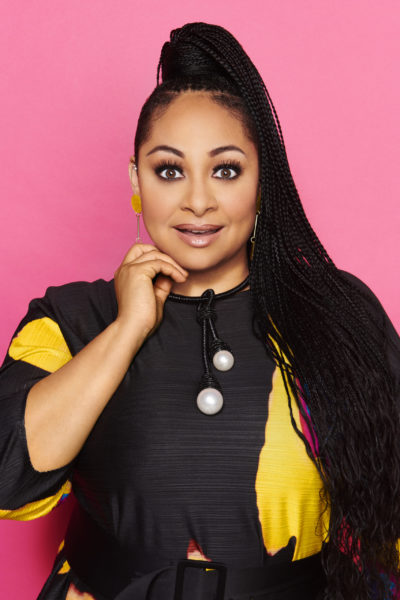 Raven’s Home has been renewed for a fifth season by Disney Channel, but viewers will see some new faces in the cast when the That’s So Raven spin-off returns. Rondell Sheridan, Mykal-Michelle Harris, Felix Avitia, and Emmy Liu-Wan have joined the cast which features Raven-Symoné and Issac Ryan Brown. Sheridan will reprise his role as Raven’s dad and season five will feature Raven and Booker moving back to San Francisco to help take care of her dad after a mild heart attack.

“Disney Channel has ordered a fifth season of its hit sitcom Raven’s Home, starring powerhouse entertainer Raven-Symoné as Raven Baxter and Issac Ryan Brown (co-host of Disney’s Magic Bake-Off) as her teen son, Booker. Entertaining kids age 6-14 and their families, Raven’s Home will continue to follow the hilarious adventures driven by somewhat psychic Raven Baxter and her son Booker, who has inherited his mom’s gift to catch glimpses of the future. A spinoff of the iconic Disney Channel comedy That’s So Raven (2003-2007), season five welcomes Rondell Sheridan to the cast, who reprises his role from the beloved classic as Raven’s easygoing and loveable dad, Victor Baxter. Also joining the cast are Mykal-Michelle Harris (ABC’s mixed-ish) as Raven’s young cousin Alice; Felix Avitia (Disney’s Gamers Guide to Pretty Much Everything) as Neil, Victor’s neighbor and Booker’s high school classmate; and musician and singer Emmy Liu-Wang (Broadway musical “Annie”) as Ivy, a young neighbor who babysits Alice.

Ayo Davis, president, Disney Branded Entertainment, said, “Ever since the debut of That’s So Raven, Raven-Symoné has been an incredibly important part of the Disney Channel family. With Raven’s Home, her talent and special brand of humor have continued to resonate with kids and families, and we’re excited to see what lies ahead for Raven in season five. This beloved series is in good hands with the experienced team of Raven, Scott Thomas, Jed Elinoff and Anthony C. Hill leading an amazing cast and crew.”

The beloved comedian Sheridan introduced today’s generation of Raven Baxter fans to Victor when he guest starred in the season two episode “Just Call Me Vic.” In the fifth season, Raven and Booker move back to San Francisco to help take care of her dad after a mild heart attack. Now Raven finds herself parenting her parent, raising her young cousin and settling into life in her old hometown. Meanwhile, Booker is “the new kid” at Raven’s old high school and has to keep his visions a secret from a new group of friends.”

A premiere date for the show’s fifth season will be set at a later time.

Not excited about the changes. Probably won’t watch it, even though I was really looking forward to a 5th season. Bummer.

I’m eager for Raven’s Home to get a fifth season. And most of all, I am super excited that Rondell Sheridan is joining the main cast members for the upcoming season as Raven’s father Victor Baxter along with Felix Avitia (Neil), Emmy Liu-Wang (Ivy) and Mykal-Michelle Harris (Alice). I knew Nia, Levi, Tess and Chelsea are not gonna return for Season 5 since they are all leaving the show after the fourth season so I guess it’s time to say goodbye to Navia Robinson, Jason Maybaum, Sky Katz and Anneliese van der Pol, I will miss them so much.

So are they getting rid of the daughter or what?

That’s what the article says.

Don’t like the new changes. Going to miss the old cast