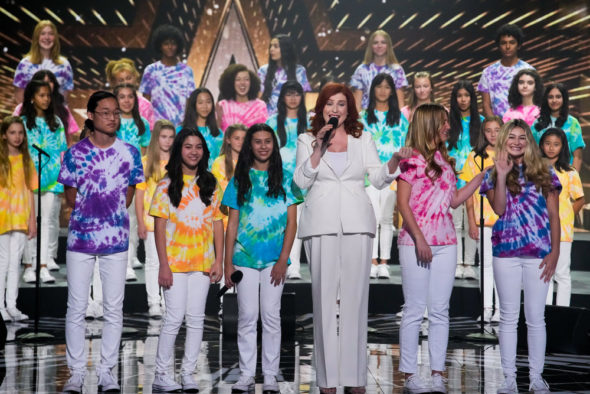 Past winners and fan favorites get a second chance to win a lot of cash. Has the America’s Got Talent: All Stars TV show been cancelled or renewed for a second season on NBC? The television vulture is watching all the latest cancellation and renewal news, so this page is the place to track the status of America’s Got Talent: All Stars, season two. Bookmark it, or subscribe for the latest updates. Remember, the television vulture is watching your shows. Are you?

A talent competition series airing on the NBC television network, the America’s Got Talent: All-Stars TV show stars judges Simon Cowell, Heidi Klum, and Howie Mandel, as well as host Terry Crews. The series is an extension of the popular America’s Got Talent series and the 70+ shows in the Got Talent franchise produced across Europe, Asia-Pacific, the Middle East, Africa, and the Americas. This program showcases winners, finalists, fan favorites, and viral sensations from previous seasons of the parent series. The contestants take the stage once again, but this time to compete for the ultimate All-Star title. Those receiving a Golden Buzzer in the preliminary auditions secure a place in the grand finale. AGT Superfans vote on one additional act to move onto the finals. The winner receives a cash prize of $500,000.

The first season of America’s Got Talent: All Stars averages a 0.52 rating in the 18-49 demographic and 5.13 million viewers. While these numbers don’t include further delayed or streaming viewing, they are a very good indicator of how a show is performing, especially when compared to others on the same channel. There can be other economic factors involved in a show’s fate, but typically the higher-rated series are renewed and the lower-rated ones are cancelled. Find out how America’s Got Talent: All Stars stacks up against other NBC TV shows.

Will NBC cancel or renew America’s Got Talent: All Stars for season two? While the ratings are pretty good, I don’t see this as an annual event. I suspect we may see a second season someday but it will be at least a couple of years down the road, once there are some new Got Talent winners added to the talent pool. NBC could also cancel this version, tweak the format, and make another show. After all, the All Stars series is very similar to America’s Got Talent: The Champions, which ran for two short seasons in 2019 and 2020.  I’ll update this page with breaking developments. Subscribe for free alerts on America’s Got Talent: All Stars cancellation or renewal news.

What do you think? Do you hope that the America’s Got Talent: All Stars TV show will be renewed for a second season? How would you feel if NBC cancelled this TV series, instead?

I like seeing the variety acts but wish they’d skip the singers. There are already a lot of shows focused on singing competitions. I’d much rather watch more acts that you don’t usually get to see. It also seems like they have an unfair advantage over other acts with several judges (Looking at you, Simon) being strongly prone to singers. I hate the new way where only two acts get to move on, chosen by “super fans” and the golden buzzer. Many great performers are getting left behind. Maybe they could let, say, four acts go through to a semifinal… Read more »