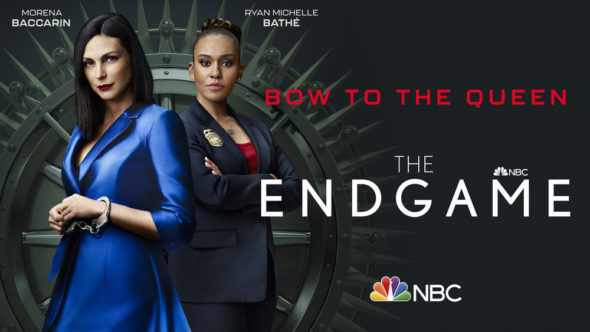 The Blacklist has had a long and successful run on NBC but it’s been on the air for nine seasons and could be headed to the end. Could The Endgame be a worthy successor to Reddington’s show on the schedule? Will The Endgame be cancelled or renewed for season two? Stay tuned. Status Update Below.

5/3 update: You can see the latest night’s ratings in context.

What do you think? Do you like The Endgame TV series on NBC? Should it be cancelled or renewed for a second season?

The Best show on tv. Better than those competition shows. Better writing, plot story unveiling. Finally a show worth your attention and time. NBC really blew it by canceling this show. Hopefully another station pickups this show and proves what a mistake NBC made.