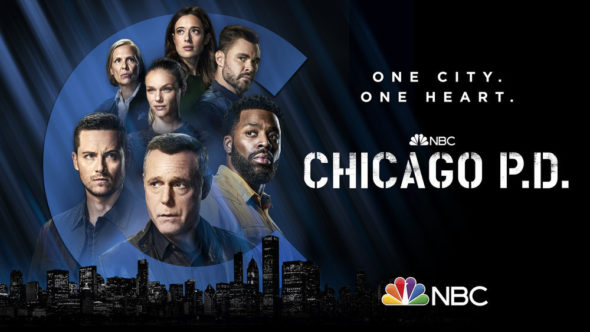 Chicago PD stars Jason Beghe, Jesse Lee Soffer, Patrick John Flueger, Marina Squerciati, LaRoyce Hawkins, Tracy Spiridakos, and Amy Morton. This TV show follows the personal and professional lives of the men and women of the Chicago Police Department’s elite Intelligence Unit. They combat the city’s most heinous offenses including organized crime, drug trafficking, and high-profile murders. Detective Sgt. Hank Voight (Beghe) is at the center of the department’s war on crime and he’ll do anything to bring criminals to justice. The series also features crossovers with Chicago Med and Chicago Fire.

For comparisons: Season eight of Chicago PD on NBC averaged a 0.86 rating in the 18-49 demographic and 6.09 million viewers.

What do you think? Do you like the Chicago PD TV series on NBC? Are you happy that it’s been renewed for a 10th season? Should that be the end?

Love love love Chicago PD show, I hope will will have many more seasons to come ! Also love Chicago Fire , sadly good characters die on this show too soon , or leave . But ,Chicago PD , should be another 10 seasons . And hopefully easy to find where to watch them. Best of luck to all actors

Love , love , love all the characters in Chicago P.D. They all play their parts so well . Cant wait to see them in action !!

Love the Chicago PD show. I actually love ALL the Chicago shows, PD, FIRE and MED. Please, please don’t take ANY of them off the air!!

I love that the show has been picked up for another season. I want to know when are they going to give Kevin a part where he falls in love with someone.