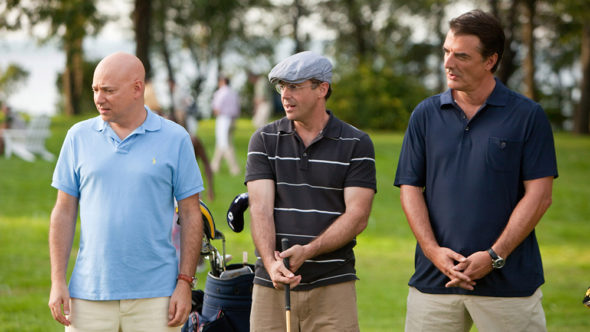 Some more cast members from the Sex and the City series have joined the And Just Like That … sequel series. Mario Cantone, David Eigenberg, Willie Garson, and Evan Handler will all return. It was previously announced that Chris Noth will also be back.

In the new series, Carrie Bradshaw (Sarah Jessica Parker), Charlotte York (Kristin Davis), and Miranda Hobbes (Cynthia Nixon) continue to navigate their lives and friendship but as ladies in the 50s. Sara Ramirez also stars in the 10 episode series.

HBO Max revealed more about the cast additions in a press release.

Executive Producer Michael Patrick King quote: “Everyone at And Just Like That… is thrilled to be able to continue the storylines of these beloved Sex and the City characters with the actors who made them so lovable.”

What do you think? Are you excited to see all of these actors and their characters together again in And Just Like That … on HBO Max?

Nah, all these revivals are always too political and ring hollow.

Look forward hbo Max series enjoy it and love it. I can’t wait to see you it. Hopefully soon than later.