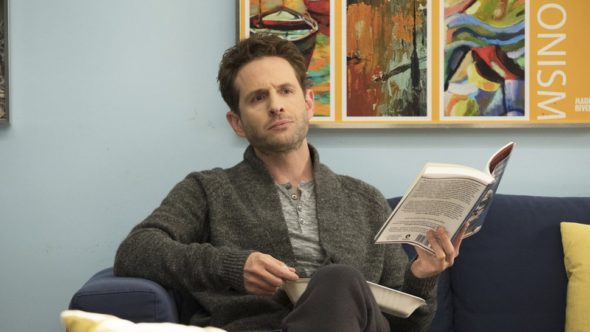 Class is officially back in session. According to The Hollywood Reporter, NBC has renewed AP Bio for a third season on their upcoming streaming service.

Although NBC cancelled AP Bio earlier this year, it looks like the network is saving the series after all. A third season of the comedy series has been ordered for NBCUniversal’s upcoming streaming service.

I’m so overwhelmed by the outpouring of support from the fans. The cast and I are thrilled that we get to make more and I’m excited to work with the NBCU streaming platform.”

What do you think? Are you a fan of AP Bio? Will you watch season three?

So delighted that AP Bio will return. My husband and I were brokenhearted that it was canceled. It’s our favorite comedy show. Always great laughs and often moving (and hilarious) performances by the entire cast. Now, my only question is when will it be on?