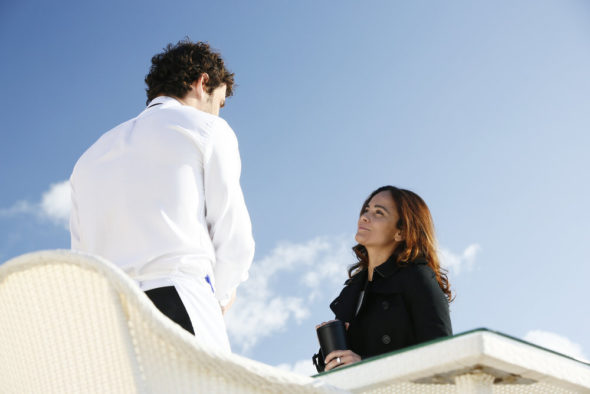 This show is Hadassah. Been watching it since the beginning

Please Bring Queen of the south back for season 4 & 5 if u need more Writers I would happily volunteer my time I love this show and been a fan since day 1 and love to see women bosses please don’t cancel this show it’s one of a kind waaaaaay better than Power and snowfall and I watch both of those shows !!!!!

They better renew it!!! I just binged watched this in Netflix and I think season 1 was great … 2 was also good but 3 has its moments of not so great writing. But they can finish it with a fourth season I’m sure.

Queen of the South is probably one of the best show on tv today and it would be a real shame if it’s cancelled. PLEASE RENEW!

queen of the south must return for season 4!!!!! rating could have went down because return dates kept changing and THERE WAS NOT a lot of advertisement about the show for season 3! everyone I KNOW WATCHES THIS SHOW….FRIDAY MORNINGS AT WORK START OFF WITH THE QUEEN OF THE SOUTH. MILLIONS OF PEOPLE ARE IN LOVE WITH THIS SHOW PLEASE DON’T BREAK OUR HEARTS!!!!! SEASON 4 5 6 7….is a MUST. WE HOPE YOU GUYS ARE HEARING THE FANS. QUEEN OF THE SOUTH IS NUMBER 1

So many of us have invested three years in James and Teresa and a season 4 is needed so the writers can complete the arc of the show. Please don’t leave us hanging! So many more people are watching than the ratings reflect. We will be heartbroken if it all ends like this.

Please bring season . I hate to wait until next summer!

Please bring a Season 4 QOTS! I look forward to it every summer, I’m hooked.

This is such a action drama packed show. Please renew this show.

Please renew Queen Of The South for season 4. I think it’s the best show on television. It comes across so real and the actors and actresses are simply the best for the series. This show is better than Animal Kingdom in my opinion.

Please renew Queen of the South for Season 4! It’s a fantastic show!!!