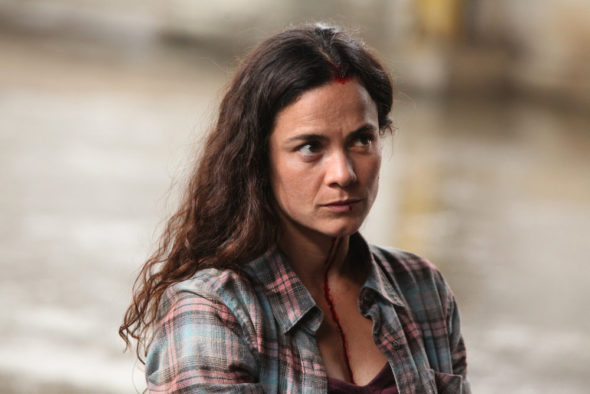 Queen of the South is heading to The Big Easy. USA Network just announced the TV show’s fourth season will premiere in June.

Season of Queen of the South debuts on USA Network on June 6th at 10 p.m. ET/PT.

USA Network announced Wednesday that its hit drama Queen of the Southwill return this June! Starring Alice Braga as Teresa Mendoza, a woman who is forced to run from the Mexican cartel and seek refuge in America, this action-packed series returns for its highly anticipated fourth season on Thursday, June 6 at 10/9c.

In Season 4 of Queen Of The South, Teresa expands her empire to the East Coast by taking on the Big Easy—New Orleans, Louisiana. But when new enemies emerge and familial trust is broken, Teresa is forced to make difficult decisions that weigh heavy on her soul.

Queen of the South is based on the global best-selling novel “La Reina Del Sur,” by internationally acclaimed author Arturo Pérez-Reverte. David T. Friendly executive produces the drama alongside executive producers and co-showrunners, Dailyn Rodriguez and Ben Lobato. The series is co-produced by Fox 21 Television Studios and Universal Cable Productions.”

What do you think? Have you seen Queen of the South? Will you watch the new season?

I love my wife and I will surely be watching.

My daughter & I have watched all three seasons on Netflix. We didn’t know a 4th season came on USA. I will certainly be watching the next season. Awesome show!

Im binge watching queen of the south. Im on season 3. I love show but i am so upset with teresa right now that im seriously thinking about stop watching. Freeing those girls was absolutely pointless. Like the guy said he already has more on the way. I understand wanting to help 100%, but all she did was make even more enemies and crippled her business. So stupid!! On another site some people said shes a drug dealer as if u cant have a soul or a conscience if u deal drugs. That’s ridiculous! But if she wants to go… Read more »

Love Queen of the South! It keeps e on the edge of my seat.

I love the show but I just can’t seem to find what network channel it is on?

Awesome first episode!!! I am truly a fan.
Mahalo

Can’t wait for season 4 to begin in June. I highly enjoyed this series to the MAX. Excited for it’s show case again.

I am patiently waiting for Teresa.

One of the best shows on tv. Great actors and storyline.

Addicted to Queen of the South! Anxiously awaiting the 4th season of your incredible journey. Can’t wait to see all of you Camilla, Teresa, Pote, James, & King George in the Big EZ!