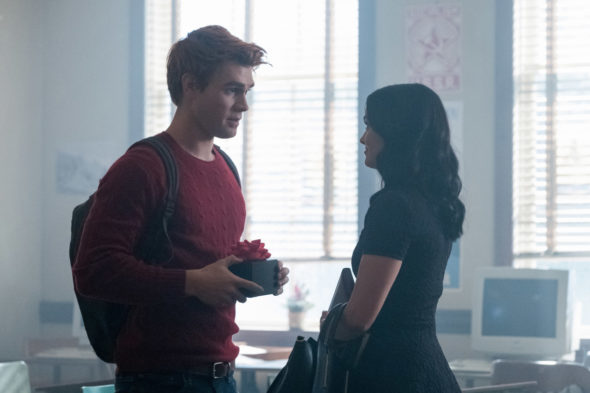 Riverdale is coming back with all-new episodes on January 17, and a new trailer has been released promoting the return of the popular series.

The The CW series will return with an episode titled The Blackboard Jungle. Listings for the series revealed the following about the episode:

Roberto Aguirre-Sacasa, the creator of the series, also said the following about the second half of season two, per Cinema Blend:

“The second half of season 2 gets back to a little bit of Riverdale basics, which is focused on stories at the school, kind of getting back in deep on the relationships and the friendships.”

Are you excited for the return of Riverdale? Check out the trailer below, and tell us what you think.