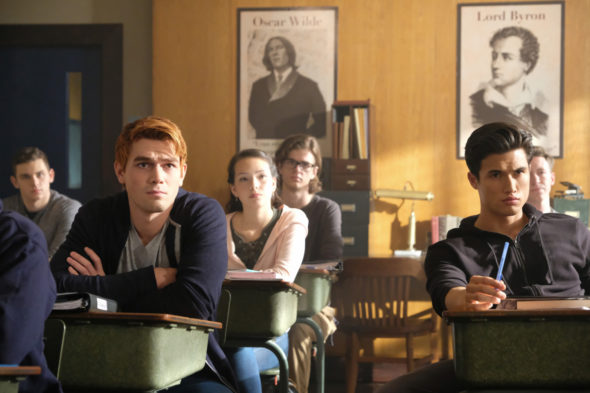 Riverdale is getting musical. Variety reports season two of the CW TV show will feature a musical episode themed around Stephen King’s Carrie.

An upcoming episode of Riverdale, titled “A Night to Remember,” will center on Riverdale High’s production of Carrie: The Musical. The episode, which airs on The CW on April 18th at 8 p.m. ET/PT, will “feature 11 songs and be framed as a documentary about the high school theater production filmed by Jughead Jones (Cole Sprouse).”

Dream episode of #Riverdale coming up! “CARRIE: The Musical” is happening!!! pic.twitter.com/sn80HFLzfv

What do you think? Do you watch Riverdale? Are you excited for the musical episode?