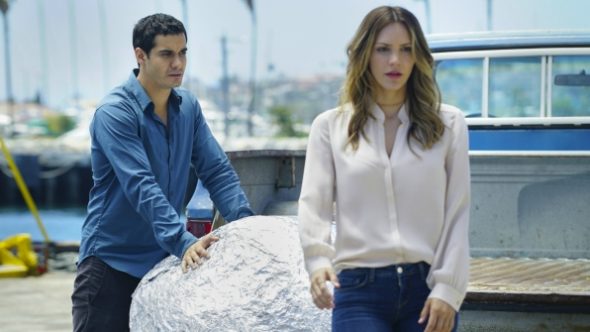 Please renew Scorpion it is such a great show. Plenty of action, beautiful friendships and relationships. Wonderful tidbits of science for people and kids to learn, not to mention helping the world better understand nerds are people too.

I would love for Scorpion to be renewed. It is my favorite show, the only one I watch live (not DVRed). My entire family watches it every Monday night. I also own all the previous seasons on DVD.

I have watched Scorpion since the beginning. It’s one of my favorite shows. Please don’t cancel it.

Love this show!!! Fun family and adult oriented show that is unique in all ways possible. Please keep it on for a 5th season. This is the only show my mom and I can watch together. Nice to have that time!!

Please renew the show CBS.Scorpion is a great show to watch. It’s a sit on the edge of your chair show mixed in with humor. Making it that more suspenseful. All of these actors/actresses are great and mesh well with eachother..

I just LOVE this show , i look forward to Mon nights so I can get my fix of Scorpion . I Love Katharine , and all the Cast . Please keep this show going

We really enjoy Scorpion and hope it us tenewed

Definitely renew Scorpion. It is my favorite show on tv.

Scorpion is the best show on television! It is the only show that can make you laugh, cry and think Every show! Never let it end! Renewing would be pure genius!

I wait from season to season to follow scorpion, It is one of my favorites. I look forward to the next crisis. I was so happy when Happy married and am looking forward tohearing she is pregnant. Please renew the series

YES! I will watch a 5th season. Please get rid of the chemist lady. She adds nothing to the show. Keep Team Scorpion!

I love Scorpion; I watch religiously including reruns. This is one of the great TV shows and I love cast. The chemistry of everyone is awesome. I want to see a fifth season.

Please renew the series. This show makes my Monday nights that much better. I think there is so much more of the story to tell.

I enjoy this show more than any other. It’s good to have a show that combines drama with humor, suspense,etc. It’s a fun show to watch, I haven’t missed an episode since it began. I own all the season dvd’s. I’d be very disappointed if the show was canceled.

Oh yeah, 5th, 6th, 7th, 8th, as long as it’s on I will be watching – The show is amazing! The cast is beyond perfect! As to Katharine McPhee I can’t imagine anyone but “Paige” played by Katharine doing that role better! Please continue with Scorpion and the team we have!!!