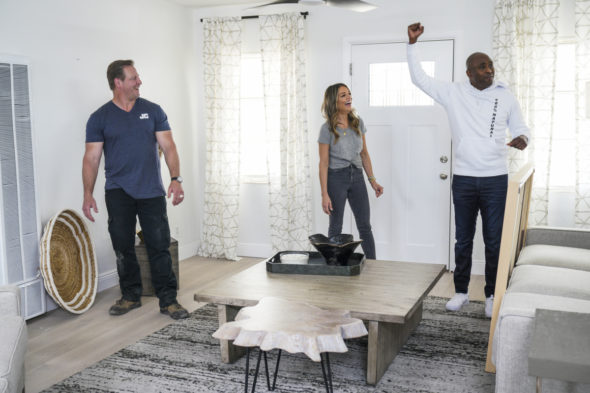 A CBS feel-good reality series, the Secret Celebrity Renovation TV show is hosted by Nischelle Turner with the design team of Jason Cameron and Sabrina Soto. Each episode of the series gives celebrities in sports, music, and entertainment the chance to gift a surprise home renovation to a meaningful person who helped guide them to success. The program provides stars with a hands-on opportunity to show their gratitude to someone who has had a significant impact on their life’s journey by helping to realize the renovation of their dreams. Those participating include singer and choreographer Paula Abdul; singer-songwriter Lauren Alaina; actor and comedian Wayne Brady; NFL MVP and CBS sports analyst Boomer Esiason; singer-actress Eve; actor Jesse Tyler Ferguson; Survivor winner “Boston” Rob Mariano; NBA All-Star Chris Paul; singer, songwriter and actor Anthony Ramos; and Pro Football Hall of Fame running back Emmitt Smith.

*3/10/22 update: Secret Celebrity Renovation has been renewed for a second season on CBS.

I Have enjoyed your show by the one with Rob from Boston made me lose interest because….. It was as if Rob was trying to develop his business or own show and it took away from your show. Plus the kitchen cabinets and etc could have been donate to shelter … that would of made the show more interesting!!!