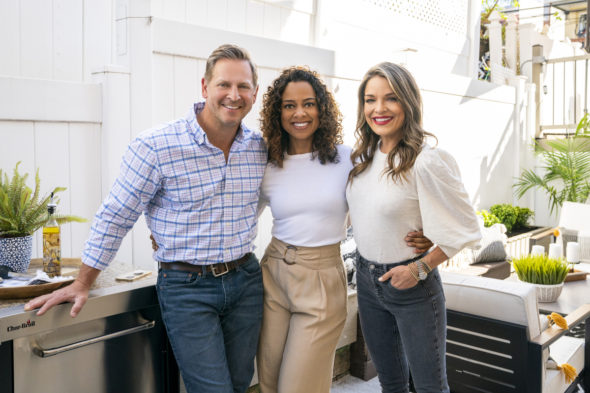 Each episode of the series gives celebrities in sports, music, and entertainment the chance to gift a surprise home renovation to a meaningful person who helped guide them to success. The program provides stars with a hands-on opportunity to show their gratitude to someone who has had a significant impact on their life’s journey by helping to realize the renovation of their dreams.

What do you think? Do you like the Secret Celebrity Renovation TV show? Do you think it should be cancelled or renewed for another season?

Knock Knock it’s me again. Beautiful renovation for Mr. Smith just watching his facial expressions. A true gift from his son to his dad. Cast from Secret Celebrity Renovation great job. The stool in the bathroom needs handicapped bars on both sides. I noticed he uses a cane.

Enjoyed watching the show with all the beautiful updates. But there is a question I have. Nobody has probably thought of this unless you have taken care of a parent. When doing a home for a caregiver, I noticed there wasn’t any type of handicapped equipment in the bathrooms or coming out main entrance of the home. This is not meant to be mean. There are a lot of handicapped people in the world for them trying to get there homes set up and comfortable can be quite expensive. Idea for your next season . (SMILE).

Love the show. They are the perfect balance in the process. Not a “ couple” or family or annoying. It’s enough of storyline, renovation and reveal. Each episode has been my favorite till the next. Bring it back again for another season please.

I love Jason and the Secret celebrity renovation. It’s a great show!!