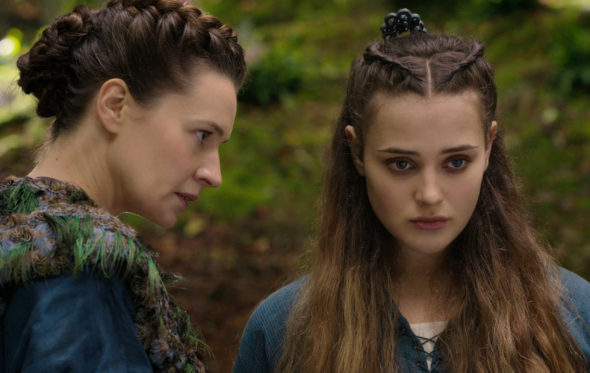 Cursed premiered last July on Netflix, and fans of the series have been waiting to see if the series would return. Its fate has now been revealed, and Cursed has been cancelled by Netflix, per Deadline. There will not be a second season.

The Netflix fantasy series is based on an illustrated book by Frank Miller and Tom Wheeler, and it dives into the legend of King Arthur from another angle – from the point of view of the Lady from the Lake.

Cursed focuses on the themes as “obliteration of the natural world, religious zeal and oppression, senseless war and finding the courage to lead in the face of the impossible.”

What do you think? Did you watch Cursed on Netflix? Are you sad the series will not return for a second season?

Netflix just keeps canceling series. We liked this one. Watched it all in a few days and was looking forward to more.

I watched the show only for Katherine Langford and a part for Gustaf Skarsgård (Loki from Vickings), other than them, not much to keep from the show.
Sad for people who enjoyed it, but not a big loss for me.

Don’t know why I bother with Netflix anymore, they keep cancelling my favourite shows. What’s the point?