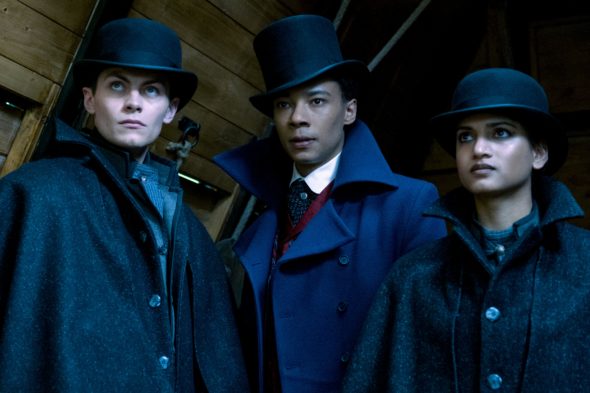 Alina’s fight will continue. Netflix has renewed the Shadow and Bone TV show for a second season. The first season of eight episodes was released on April 23rd and, according to the streamer, 55 million households have watched.

A fantasy series, the Shadow and Bone TV show stars Jessie Mei Li, Archie Renaux, Freddy Carter, Amita Suman, Kit Young, and Ben Barnes. Based on Leigh Bardugo’s Grishaverse novels, the story finds us in a war-torn world where a lowly soldier and orphan, Alina Starkov (Mei), has just unleashed an extraordinary power that could be the key to setting her country free. With the monstrous threat of the Shadow Fold looming, Alina is torn from everything she knows to train as part of an elite army of magical soldiers known as Grisha. But as she struggles to hone her power, she finds that allies and enemies can be one and the same and that nothing in this lavish world is what it seems.

What do you think? Have you enjoyed this fantasy series? Are you looking forward to season two of Shadow and Bone on Netflix?

Really happy to see something that isn’t yet another cop, lawyer or doctor show! We NEED more series like this one. SO glad to hear it’s coming back… now PLEASE TELL US WHEN!!! : )

Truly enjoyed Shadow and Bone. Hope to see the next season. I will miss Debris and NCIS New orleans