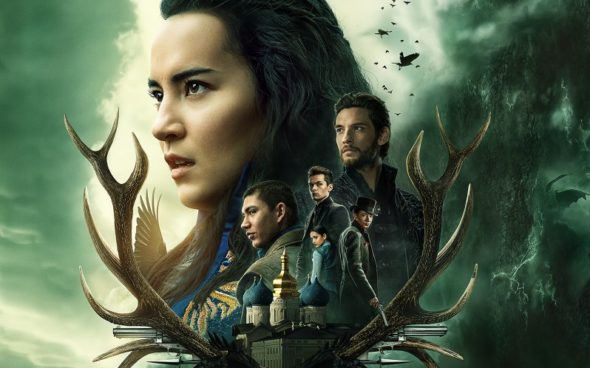 The story finds us in a war-torn world where the lowly soldier and orphan Alina Starkov (Mei) has just unleashed an extraordinary power that could be the key to setting her country free.

With the monstrous threat of the Shadow Fold looming, Alina is torn from everything she knows to train as part of an elite army of magical soldiers known as Grisha. But as she struggles to hone her power, she finds that allies and enemies can be one and the same and that nothing in this lavish world is what it seems.

There are dangerous forces at play, including a crew of charismatic criminals, and it will take more than magic to survive.

Other characters include Malyen “Mal” Oretsev (Renaux), Alina’s childhood best friend and an orphan tracker for the First Army; the leader of the Dregs, Kaz “Dirtyhands” Brekker (Carter); a member of the Dregs, Inej “Wraith” Ghafa (Suman); Jesper Fahey (Young), a sharpshooter member of the Dregs; and General of the Second Army, General Kirigan (Barnes).

What do you think? Do you like the Shadow and Bone TV show? Do you think it should be cancelled or renewed for another season?

I really enjoyed watching all of season one. I can’t wait until season two airs .

It’s an amazing show that they must continue and expand the story even further, and please show Alina being in control while using her powers and not weak and vulnerable all the time.