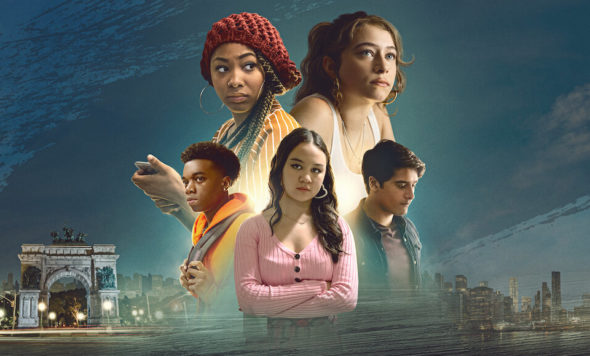 Another Netflix series has received an early discharge. The streaming service has cancelled the Grand Army TV series after one season of nine episodes.

The first season was released on October 16th of last year. Prior to the show’s debut, three of the show’s writers reportedly quit the series due to claims of “racist exploration and abuse”. It’s unclear if the backstage drama had any impact on the show’s future.

Sorry 2, 3 writers including me. Aforementioned tweet is just top of the iceberg. I’m sickened they chose this wording for the tweet and are whoring around the American flag in the trailer as though anything about this project was united

Variety was the first to report the cancellation.

Check out our status sheets to track new TV series pickups, renewals, and cancellations. You can find lists of cancelled shows here.
What do you think? Did you watch the first season of the Grand Army TV show? Are you disappointed that the show’s been cancelled and won’t have a second season?

Netflix keep churning out these teen shows and cancelling them after 1 season. Maybe they should try making shows for adults.

Isn’t it a bit weird that they only seem to be only making teen shows more then anything else!

Yeah that’s why there is no good show left there, just awaiting for last seasons of Ozark, the last kingdom, lost in space, You.

And there is really nothing left except teen shows.