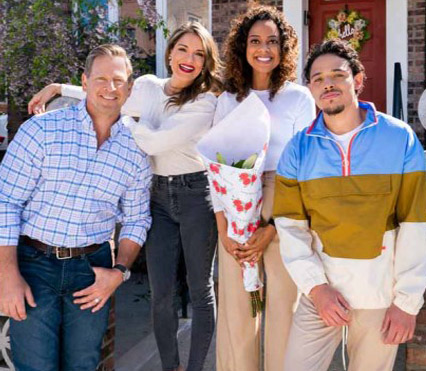 CBS has also announced the second season renewal for The Greatest #AtHome Videos series. Here’s a portion of the press release:

CBS today announced summer premiere dates for two reality series. SECRET CELEBRITY RENOVATION, a new one-hour series that gives celebrities in sports, music and entertainment the chance to gift a surprise home renovation to a meaningful person who helped guide them to success, will premiere Friday, July 9 (8:00-9:00 PM ET/PT). THE GREATEST #ATHOME VIDEOS returns for season two, Friday, August 20 (9:00-10:00 PM ET/PT), on the CBS Television Network. Both programs will also be available to stream live and on demand on the CBS app and Paramount+.

Check out our CBS status sheet to track the Tiffany network’s new series pickups, renewals, and cancellations. You can find lists of cancelled shows here.
What do you think? Do you like the sound of this new CBS series? Will you be watching this summer?

I will not be watching. I am a fan of #CelebrityIOU and it’s kind of sad you call this “original” when Jonathan and Drew Scott beat you to the punch more than a whole season ago.

Secret Celebrity Renovation is a rip-off of Celebrity IOU