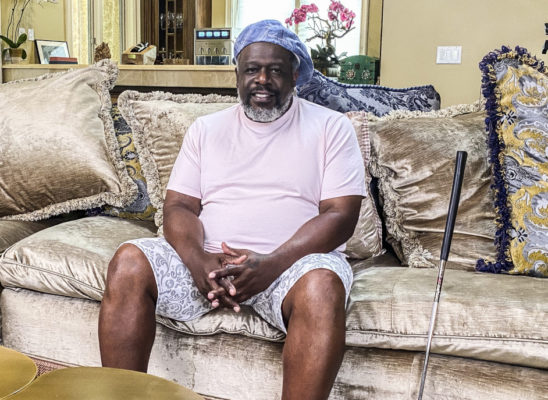 The pandemic is winding down but CBS’ amateur video series will return. The Greatest #AtHome Videos has been renewed for a second season and will return this summer.

The Greatest #AtHome Videos TV show is hosted by Cedric the Entertainer and showcases home videos that reflect the creativity, humor, and humanity of people in their own living spaces. With sports, concerts, and “date night” outings on indefinite hold, people have taken to amusing themselves through unique, often hilarious, social media posts. For each video selected as part of the show, CBS gives a monetary donation toward a qualifying charity of the participant’s choice. Guests include Arnold Schwarzenegger, Tracee Ellis Ross, Luke Bryan, Kylie Jenner, Smokey Robinson, and Tony Hawk.

The first season of The Greatest #AtHome Videos averaged a 0.54 rating in the 18-49 demographic and 4.43 million viewers. The show aired for 11 episodes between the summer and fall of 2020.

Here’s a portion of the CBS renewal announcement:

The popular reality series THE GREATEST #ATHOME VIDEOS, hosted by THE NEIGHBORHOOD’s star and executive producer Cedric the Entertainer, returns for season two, Friday, August 20 (9:00-10:00 PM ET/PT), after LOVE ISLAND completes its third season. The new one-hour episodes will showcase the creativity, humor and humanity that have become hallmarks of the next generation of viral home videos. Season two will showcase an evolution of the series, featuring new video categories that reflect the world as it continues to reopen, as well as include surprise celebrity appearances. Additional details will be available closer to premiere.

The series originated as a special, THE GREATEST #STAYATHOME VIDEOS, which aired in May 2020 and featured video moments created during our communal quarantine. It returned with additional episodes in July 2000 to provide an entertaining and uplifting snapshot of our world at an unprecedented time. Last summer, THE GREATEST #ATHOME VIDEOS won its time period in total viewers.

Check out our CBS status sheet to track the Tiffany network’s new series pickups, renewals, and cancellations. You can find lists of cancelled shows here.
What do you think? Did you like The Greatest #AtHome Videos TV series? Are you glad that it’s been renewed for a second season on CBS?

My brother and his girlfriend Love this show!