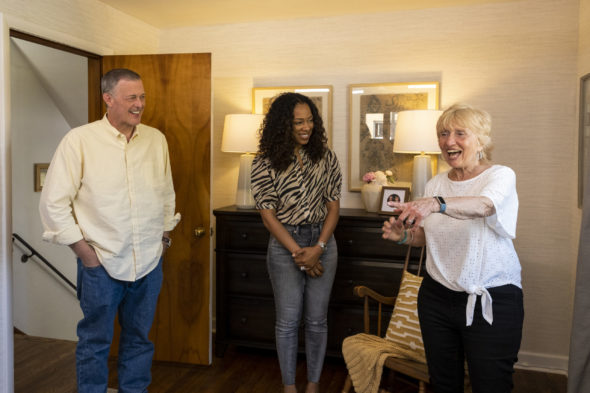 The January 6th House select committee hearings are ongoing and the primetime broadcast set for Thursday night will delay some network programming – including the second season premiere of Secret Celebrity Renovation. The CBS docu-series (above) had been set to return this Friday but season two will now launch on July 29th.

That show’s premiere will be delayed because the eviction episode of Big Brother set for this Thursday has been pre-empted and will air on Friday night instead. The reality series will be followed by a rerun of the second season debut of Blood & Treasure, which was just released on Paramount+ on Sunday, and a Blue Bloods rerun, per Deadline. Update: CBS will now air a two-hour Big Brother on Sunday and will not air an episode on Friday. Blue Bloods reruns will run before and after the Blood & Treasure airing.

On ABC, new episodes of Press Your Luck and Generation Gap will be pre-empted for the hearings but it appears that The Fatal Flaw will air as previously scheduled at 10 PM.

What do you think? Were you planning to watch Thursday night’s usual programming?

Sorry, didn’t read info well. I see it will re-air on Friday. Still not happy though.

Not happy about this. Not sure why these hearings need to be broadcasted. Yes I’m interested in Trump getting charged with something, preventing him from running again, but the news and internet recap the hearings very will. I’m mainly only interested in Big Brother. When will CBS re-air Thursdays episode??? Thursdays Big Brother is a live show.