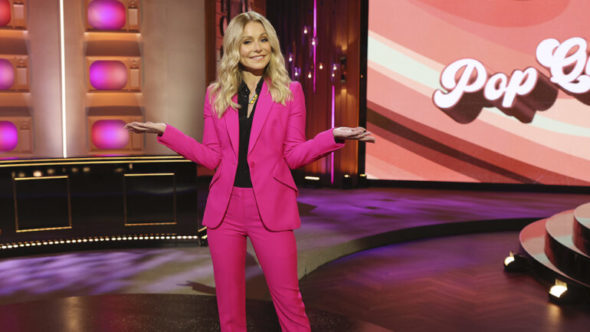 The competition pits two teams against each other. Each team is comprised of a teen or preteen and a senior citizen — typically a grandchild and grandparent. In the first of five rounds, the host asks the younger players pop culture questions that the older players would likely know and vice versa. If a contestant answers correctly, money is deposited into their team’s bank. If not, their teammate can answer for a chance to bank half of the money. A mystery guest also appears in each episode so that the contestants can guess their identity.

In the next round, teammates describe specific items to their partners and try to get them to guess what it is. In the lightning round that follows, players are shown two people who share the same name and are asked to identify them.

By the end, one team will be victorious and the players get to keep the money they’ve banked. An even younger member of the team is invited out for “Toddler’s Choice.” The tot is given the opportunity to choose between an expensive luxurious prize and a more appealing one for a young child.

What do you think? Do you like the Generation Gap TV show? Do you think it should be cancelled or renewed for another season?

Absolutely terrible show !
Boring
My daughter who is 26 agrees

Awful. Deserved the two minute segments on Jimmy Kimmel’s show. But as an hour, AWFUL!

I’m on the fence about this show. I enjoyed playing along to see how many questions I was able to answer. But I agree with Gloria that the kids were not of equal age, so not sure how fair it was. But I disagree about Kelly Ripa being a good host. She’s a good talk show host, but not a good game show host. She kept looking at the teleprompter too much. Drove me nuts.

I watched the first episode and enjoyed it very much. Kelly Ripa is an excellent host. I did notice in this episode that the children were not equal in age. The boy of the winning team seemed a few years older which at that age made a great difference in his knowledge base. Other than that, I loved it and have my tv set to record weekly.

Horrible. Waist of an hour